Each Quentin Tarantino film is such a unique movie-going experience that any new entry is guaranteed to be greeted with expectations that have become almost impossible to meet. Every few years the auteur brings to the screen another one of his personal opuses, taking us on strange journeys through differing genres. How many other directors can pull audiences to see a two-part kung-fu flick, a three-hour serio-comic WWII movie, or a western set mostly indoors?

The premise of The Hateful Eight is very reminiscent of those mystery stories that always take place on a stormy night in an out-of-the-way hotel with eccentric guests. This story takes place in post-civil war Wyoming over the course of one night during the dead of winter. John Ruth (Kurt Russell) is on his way to Red Rock shackled to Daisy Domergue (Jennifer Jason Leigh) intent to turn her over to the law and collect his bounty for her neck. On the voyage he meets Marquis Warren (Samuel L. Jackson) an infamous Major in the Union army. The two strike an uneasy alliance as they encounter notorious gunslinger Chris Mannix (Walton Goggins) also on his way to Red Rock.

All of this is good foreplay before we get to the meat of the story. The remainder of which is set almost exclusively (except for some flashback and linear narrative trickery) inside Minnie’s trackside establishment. There we meet four other men of dubious distinction and intents, one of whom is lying about their idenity:

– Oswaldo Mobray (Tim Roth), who proclaims himself as a traveling hangman
– Joe Gage (Michael Madsen), a cow-puncher going to stay with his mother
– Sanford Smithers (Bruce Dern), a disgraced former Confederate general. Looking for his missing son.
-Bob (Demián Bichir) carte-taker for Minnie’s establishment while she visits relatives up north.

The Hateful Eight has a great first hour and then the script feels like it’s spinning its wheels. This tale does not demand to be spread out judicially over three hours. This is without question the most self-indulgent project QT has ever produced. But to criticize the movie by saying that Tarantino writes for himself is kind of the point. He’s always written movies that appeal to his sensibilities, in other cases he’s been able to pull off the magic trick. This time out the great magician has failed, but there is an unmistakable feeling that he’s got at least one more great trick (movie) up his sleeve. 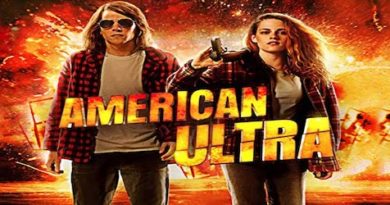