Stroker Ace was the most popular film ever made about NASCAR until 1990’s Days of Thunder came and presented the sport, and its drivers in a less comedic light. This Burt Reynolds star vehicle is the most professionally polished of all the film made with long-time director/friend/stuntman Hal Needham. To watch this film today is to witness the last hurrah of a movie star in a vanity project backed by a large budget and full studio promotion. Sure, Cannonball Run II and City Heat would out-preform Stroker in terms of box-office prowess, but Ace is Reynolds’ last true good ‘ol boy flick, and it holds a certain appeal because of that.

Respected and sought-after racing champion Stroker Ace (Burt Reynolds) is one of the hottest names in the sport. His irreverent attitude towards his racing and sponsorship costs his a lucrative deal and forces him to sign with an overbearing fast-food king, Clyde Turkle (Ned Beatty). Stroker’s contract calls for him to appear in ridiculous television commercials and to hawk fried chicken at local openings across the south. Meanwhile, Ace’s racing rival Aubrey James (Parker Stevenson) is gaining in popularity and piling up wins.

Based on a fictional novel that satirized the NASCAR-circuit and its participants, Stroker Ace contains some amusing moments and makes good use of Reynolds ability to pull off romantic comedy while still presenting himself as ultra-macho. Loni Anderson is a virginal sunday school teacher turned marketing assistant for Turkel’s company. Naturally, she is the object of both Stroker and Reynolds affection (they married off-screen). 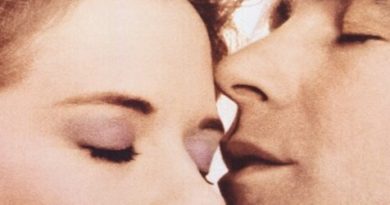