Box office Heavyweights Dwayne Johnson and Kevin Hart make an amusing screen coupling in the light-weight action-comedy Central Intelligence. This is a comedy that’s more ‘fun’ than funny. The appeal of each headliner individually and as a screen duo is rare these days. Both men have already shown themselves to be fond of appearing in sequels, and if I have to choose between another Ride Along, G.I. Joe or a follow-up to this–I’d choose this pairing again.

The victim of bullying and a vicious high-school prank, Bob Stone (Dwayne Johnson) is back in town for his 20th high school reunion. The ‘fat’ kid has grown into the mesomorph that is Dwayne Johnson. Bob reaches out to his only friend from school, Calvin Joyner (Kevin Hart), a low-level accountant who is constantly reminiscing on his past days as an athlete, ‘cool’ kid, and prom king.

Stone is now a highly trained CIA agent, who may be rogue, but he needs Calvin’s forensic accounting skills to crack a U.S. spy satellite system. Together, the former classmates must navigate double-agents, assassins, and Calvin’s marriage troubles.

Johnson plays his character as a cross between Lenny from Of Mice and Men and a Rod Corddory impersonation. The refreshing angle is that Hart is the ‘cool’ kid and Johnson is still the ‘fat’ kid in his mind. This point is represented in the literal form as the mountainously built Bob Stone (Johnson) sees himself in a reflection and only sees the over-weight ugly ducking of his youth.

Central Intelligence has a few big laughs, a number of amusing sequences, calculated cameos, and genuine chemistry between Hart and Johnson. As a possible intro to a franchise, Central Intelligence is a lot more comical (and intelligent) than Hart’s Ride Along pictures. It’s a new-age Lethal Weapon, I guess it could be summarized as, Non-Lethal Weapon. 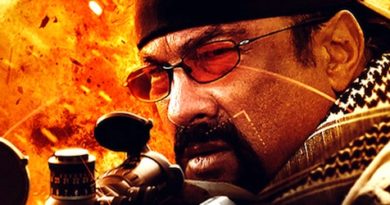