X-Men: Apocalypse is neither the best nor the worst in the franchise, It’s simply the newest. After eight movies in sixteen years, this series is notable for retaining its creative forces, but everything has become one episodic tale that would be impenetrable for newbies. At this point X-Men is the longest running of the superhero tales invading theaters. Sure, Superman and Batman have been matinée idols since their reinvention in the 70’s and 80’s, but those roles been recast numerous times, different directors have given their take, and audience reaction has varied drastically from film-to-film. At least the X-Men series gets credit for rebooting whiling also finding ways to still integrate the original stars.

In ancient Egypt a powerful mutant En Sabah Nur (Oscar Issac) is betrayed by his people and entombed until he is inadvertently awoken in 1983. The millennial slumber has caused Nur to grow even more destructive as he goes about returning the wold to its natural state, by cleansing the human race and destroying civilization. However, Charles Xavier (James McAvoy) is leading the X-Men to try to stop Nur and defeat his team of renegade mutant recruits. Meanwhile Magneto (Michael Fassbender) is given a back-story to justify his anger toward humans. Mystique (Jessica Lawrence) who had been the central figure in the Xavier/Magneto love triangle, and the catalyst for plot of the last sequel is not given a big role in this story. Her presence feels arbitrary as does the inclusion of Angel, Nightcrawler, Storm and Psylocke (Olivia Munn)

Apocalypse is the least effective of the First Class trilogy. Despite the diminutive stature of actor Peter Dinklage, his character in the last installment was much more relatable than the villain of this piece. It has been much mentioned, but the visual similarities between Nur and the Ivan Ooze (the bad guy from Power Rangers) is startling at first.

Once again I will offer my feeble plea to filmmakers. Please stop will the bloated running times. At nearly 2 1/2 hours this movie is thirty minutes too long. Audiences are no longer wowed during extended CGI battle sequences, I personally zone out and start wondering if the parking meter is ok, or what groceries need to be picked up. A smarter fellow than myself once said, “Great movies are never long enough and bad ones are aways too long.” 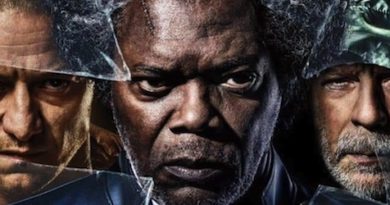