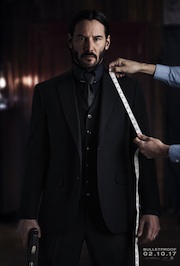 Episode Three hundred and Nine. Join hosts Trevor and Jason as they discuss the latest in movie news, box office numbers and trailers.


Trivial Trivia:
What 1990 comedy from New Line Cinema was originally written for DJ Jazzy Jeff and the Fresh Prince, a.k.a. DJ Jazzy Jeff and ‘Will Smith’? This happened because New Line Cinema won a lawsuit against them due to their song A Nightmare on My Street and one of the conditions were that they had to appear in a New Line film. Director refused to cast them in the movie based on that term.

Streaming Online Pick of the Week:
The Larry Sanders Show