Mr. Magoo premiered in theaters on December 25th 1997. It opened opposite a notorious flop, The Postman, and a historical success, Titanic. According to Boxofficemojo.com Mr. Magoo sold roughly 4.5 million tickets. It boggles my mind that over 4 million people put on shoes, braved the winter weather, and bought tickets to this utterly forgettable film.

When a stolen gem lands in the possession of bumbling millionaire Quincy Magoo (Leslie Nielsen), a sinister plot is hatched to steal it back. Perpetually the target of evil culprits, Magoo consistently manages to escape unharmed, totally oblivious to the dangers that surround him. Hunted by robbers and set up by a conniving female thief (Kelly Lynch), Magoo ultimately nabs the real villains with the help of his nephew, Waldo (Matt Keesler), and his trusty bulldog, Angus, and is hailed a hero.

This painfully unfunny live-action remake of the 1960’s cartoon series has been directed with no visual style or grace by frequent Jackie Chan helmer Stanley Tong. The cast is full of stars leading me to believe this was an easy check for it’s very capable and under utilized actors. An absolute waste of time for everyone involved and the viewer. 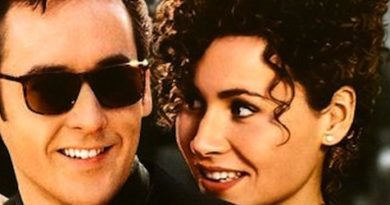