Tommy Boy will forever be the high-water mark in the cinematic career of comedian Chris Farley. The career low-point is undoubtably Black Sheep. Beverly Hills Ninja ranks just behind Tommy Boy and serves as a sad reminder of the lovable oaf that was lost two decades ago. It’s been reported that Farley was unhappy with this film and his buffoonish role in it. I’m not sure why he felt the dis-satisfaction because the picture is a competent, if uninspired, late 90’s comedy.

Haru (Chris Farley) is found as an infant orphaned from a shipwreck. Taken in by a clan of Ninjas he is raised to believe that he is the great white ninja of legend. As he grows in a big-bellied uncoordinated man, the master are certain that he is not ninja material. Haru is left to guard the temple while the Ninja carry out a mission. A beautiful American stranger (Nicolette Sheridan) appears at and begs Haru to spy on her boyfriend. The mission is a set-up to frame him as the killer when the criminal operation goes awry. Haru feels the honorable thing to do is to travel to LA and find “Sally” and protect her from her murderous boyfriend.

The key to Chris Farley’s screen persona is the sweet-natured charm he gave his characters. He typically played an eager to please man-child seek the approval of others. It’s the same appeal that an irresistible puppy has. The deprecating jokes and slapstick comedy in the film are mostly attributed to Farley’s weight and mental incompetence. This willingness to bare his insecurities and appear vulnerable made him even more endearing to audiences and made the impact of his death more impactful. 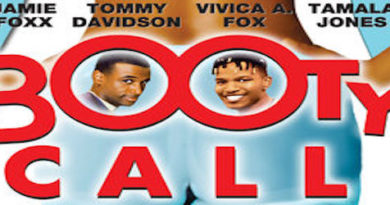 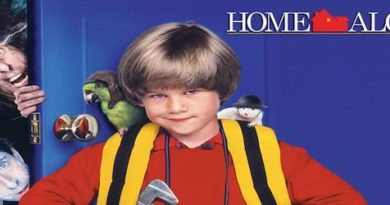