Fear is an underrated thriller. It’s Fatal Attraction for the teenage-set, but it’s an aggressive, frustrating, sexy, and suspenseful film that is carried off in style. Mark Wahlberg and Reese Witherspoon have real chemistry and their burgeoning romance turned nightmare is believably played out by the two leads. Director James Foley, who typically helms higher-minded fare, delivers a taunt tale with intelligence.

Steven Walker (William Petersen) is a highly sought after architect in a powerful Seattle-based firm. He’s recently remarried after the death of his wife and his sixteen year old daughter Nicole (Reese Witherspoon) is becoming distant. One night at an underground club Nicole meets the mysterious David (Mark Wahlberg). His sweet talk and gentle nature are hidden under a tough-guy outer persona. They share a kiss and before long Nicole and David are inseparable.

Fear could have been a laughable, lazy retread. In the hands of Foley and his well-cast actors the admittedly trashy material becomes larger than life. The mounting suspense is capped by a Straw Dogs inspired finale that gives the audience a satisfying resolution to the film’s build-up. Fear is sill a sexy, violent, and junky thriller that is smarter and glossier than its reputation would lead you to believe. 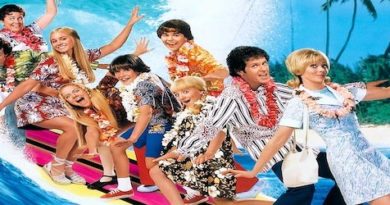