Bangkok Dangerous is one of my go-to guilty pleasure flicks. It’s a movie that I can’t possibly recommend to anyone, nor make the claim it’s a “good” movie. But I admit my own peculiar fondness for this exotic picture featuring a Nicholas Cage performance that is only outdone by his choice in hairstyles. Bangkok Dangerous is a big-budgeted remake of a Thai thriller released in 1999, which was also directed by the Pang brothers. In the original, the hit man was a deaf-mute but since Nicolas Cage is far too expensive to be silent, they’ve made his love interest a deaf-mute instead. Unfortunately, this takes away the one truly ingenious aspect about the original. What remains is an obvious and bland thriller that is only saved by a handful of impressively staged action sequences. Still, I wouldn’t call Bangkok Dangerous a complete waste of time, though, as there are a couple of stylish and worthwhile elements working in its favor.

A mysterious American assassin, named Joe (Nicolas Cage) goes to Bangkok to complete his last job. His mission is to kill four targets, each with varying levels of difficulty. Joe is weary from years of killing and the demands of his so-called profession, he hires a spunky young man (Shankrit Yamhnam) to act as a courier between himself and his employers. Meanwhile, Joe falls in love with a lovely young female pharmacist (Charlie Yeung), who’s deaf-mute. But the people, who hired Joe attempt to double-cross him by trying to find his identity and use him as a patsy when a hit on a political figure goes awry.

The Pang Brothers remake their own film with a bigger budget, American lead actor and plot points from the original 1999 version. Bangkok Dangerous isn’t a terrible film, but it is an astonishingly ordinary film that features literally every cliché of “hired assassin” concept you can possibly think of. Nic Cage gives a good performance as the killer and the Pang Bros’ depiction of the city of Bangkok is deeply enchanting. They successfully capture the look of an exotic and melancholy location which is emphasized by a moody soundtrack. Not the worst film of Cage’s career, but far from being classified as one of his better efforts. 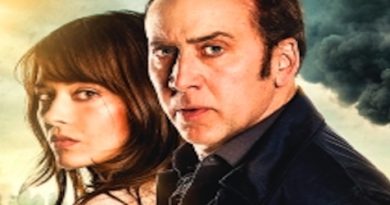