Stand-up comics lead such colorful lives you’d think they would turn those into great movies. Up until this year there has never been a successful mainstream film made about the subjects. Funny People and Punchline are just a few examples of the unsuccessful attempts to bring these types of characters to the screen. The Comedian isn’t a great film but it’s a good one. With De Niro’s best work in many years and equally strong in a supporting role is Leslie Mann. Numerous celebrity comics appear, some playing themselves, some playing caricatures of their public personas, and some are cast as bit players in the story. It’s an impressive cast and Taylor Hackford’s assured direction that hold together this well-worn story.

Jackie Burke (De Niro) is an insult comic, who once was a star on a popular television sitcom called Eddie’s Home. Today, he’s playing nostalgia acts in small clubs to uninterested audiences and low pay. During a performance a heckler gets confrontational and Jackie ends up spending thirty days in lock up for assault, after refusing to apologize to the injured and humiliated heckler in court. The video of the fight goes viral briefly making Jackie a sensation again.

As part of his probation the comic must conduct community service. Jackie chooses to work a homeless shelter because the hours count for double time. It’s there he meets Harmony (Leslie Mann), a co-worker with a broken heart and anger issues, the two have a funny ‘meet cute’ scene that may not do justice to the aforementioned phrase. The attend the wedding of Jackie’s niece, where the comic is forced to make a speech that turns into a roast, and Harmony starts to develop some affection for the man behind the stage character. Unfortunately, there is an un-necessary subplot about Harmony’s over controlling and wealthy father (Harvey Keitel) that goes nowhere and stops the picture dead on two occasions. But Danny Devito delights as Jackie’s long-suffering brother. Hard to believe this is the first film that De Niro and DeVito have appeared in together after 40 years onscreen.

The Comedian is similar to other recent movies such as Danny Collins and Ricki and The Flash. Each feature a well-regarded actor/actress playing a star past their prime trying to mend the personal life they sacrificed for a life in showbiz. This picture is the best of that grouping, but mainly due to an unexpected story arc that feels authentic to the characters and a hysterical epilogue that closes the film. Robert De Niro, who started the year with Dirt Grandpa before Hands of Stone in August, has appeared in three movies released in 2016 and not surprisingly his best and most personal film in years, The Comedian, is the least attended. That’s no laughing matter. 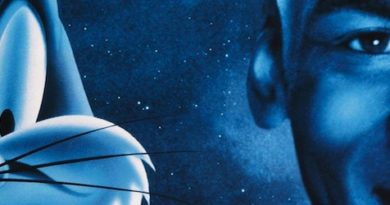