Blade Runner 2049 is movie drunk on its own complicated mythology, it’s a real disappointment. This is a long, slow, unorganized sequel to the cult classic Blade Runner. The movie was directed by Denis Villeneuve, who made Arrival, and it stars Harrison Ford, who made appeared in the original, and yet their touch for the genre fails them here. Blade Runner 2049 is a movie that looks great but it left me feeling over-informed and under entertained. Cuban born actress Ana de Armas plays Joi, a holographic projection who begins to experience human emotion, and she creates one of the most memorable supporting performances in a movie where most of the villains and many of the good guys seems poorly defined.

Officer K (Ryan Gosling), a replicant bounty hunter for the Los Angeles Police Department, stumbles into a sensitive investigation that could potentially change the new world order. His search for answers leads him to fellow blade runner Rick Deckard (Harrison Ford), who’s been hiding in the ruins of Las Vegas for the last 30 years.

Blade Runner 2049 is beautifully photographed and brilliantly realized from a production design standpoint. It has some fine moments, but at nearly three hours it tells us both more and less than we really want to know. Hans Zimmer and Benjamin Wallfisch’s overbearing score was apparently intended to add a dramatic effect in an effort to salvage the monotony unfolding on-screen. Ryan Gosling’s stone-faced performance negates the actor’s charisma and his pairing with Ford is about as impact as Josh Hartnett and Ford in Hollywood Homicide. Blade Runner 2049 is assured to fall into the cult classic category for its fan-base. Perhaps, with countless hours of investigative fanaticism, the plot may have relevance. As for me, I found the four people snoring around me to be more entertaining than the expensive, pensive, and cold movie playing before me. 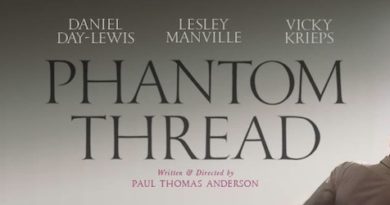 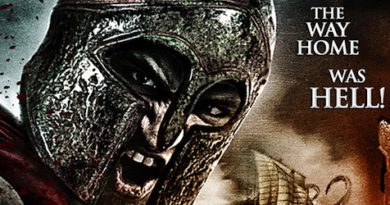