The first ten minutes of The House are so painfully staged and unfunny that I thought it was going to be a shoe-in for ‘Worst of the Year’ lists. After those painful early scenes, the film actually gains momentum and delivers some solid chuckles and one big laugh in a scene that goes down as the years’ best gross-out gag. Will Ferrell, whom is often funny but can be obnoxious when working with a bad script, is back in top form as a suburban father turned racketeer. The House plays like a comedic homage to Scorsese’s Casino, the camera moves, costumes and soundtrack are all nods to the 1995 masterpiece. While this lightweight comedy is no masterpiece, there are a few sequences that are comedic gold mines the film passes over, it still delivers enough laughs to warrant a recommendation.

Suburbanites Scott (Will Ferrell) and Kate Johansen (Amy Poehler) are counting on a grant from the local community to send their daughter Alex to college. The town’s smeary city councilor Bob Schaeffer decides to cut the initiative out of the budget, forcing Scott and Kate to come-up with tuition in a months time. Their recently separated friend Frank (Jason Mantzoukas) convinces them that starting a gambling house is the fastest way to come up with the cash needed for school in a short period of time. Before long the entire community is spending their hard-earned money on the games at ‘The House’. This catches the attention of a local gangster (Jeremy Renner) and the town’s law enforcement (Rob Huebel).

The House isn’t the best work from Ferrell or Poehler, but they are an engaging screen couple and their chemistry is the reason the movie generates a good number of chuckles. Sure, the plot is sloppy, the filmmaking spotty, and the entire production has a cheap look and feel. But in a year starved for laugh infused comedies, The House is one of the year’s funnier movies. Aficionados of Scoreses’s gangster pics are almost guaranteed to like this suburban set parody. 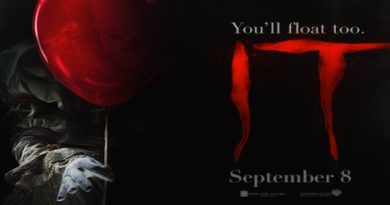