Kickboxer: Vengeance was a surprisingly solid remake of the much beloved Jean-Claude Van Damme B-movie from the late 1980’s. Now, comes a sequel, Kickboxer: Retaliation, which is sillier and less interesting than the previous outing that stayed close to the original material. Retaliation is a throwback to that other 1980’s sub-genre, the ‘Prison fight picture.’ In fact, this sequel is more similar to Van Damme’s In Hell than the Kickboxer series.

Kurt Sloan (Alain Moussi) is back in the world of professional MMA securing a stoppage win in Las Vegas. Then he’s kidnapped and forced to return to Thailand where he’s thrown into a hellish prison for the death of Tong Po (Dave Buatista) in the first film. Underworld gangster Thomas Moore (Christopher Lambert) lost big money on the upset of that bout and now wants Kurt to fight a selection of jailhouse foes in penance. Of course, Sloan refuses to fight the matches inside the prison walls and this leads to much abuse from the guards and inmates. The picture is a lead up to the final confrontation between Sloan and the mountainous sized man, Mongkut (Hafþór Júlíus Björnsson).

The cameos are the highlight of the film. Mike Tyson makes an appearance as a fellow inmate who preaches mediation but is still lethal with his fists. Tyson’s character serves as the mentor to Sloan. He teaches the younger fighter how to use items around the yard to deaden his nerves and strengthen his mind. Van Damme reprises his role as Durand from Vengeance, but he’s only onscreen for a few fleeting minutes. Although, there is a dream match between JCVD and “Iron” Mike. MMA heavyweight Roy Nelson also pops up in a fight scene and it’s a reminder that the producers slipped up by not using Nelson as a sidekick for Sloan ala Donald Gibb in Bloodsport. Look for a slew of MMA legends including Wanderlei, Frankie Edgar, and “Shogun” Rua for added authenticity. 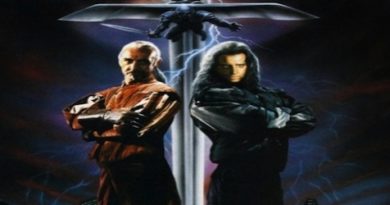 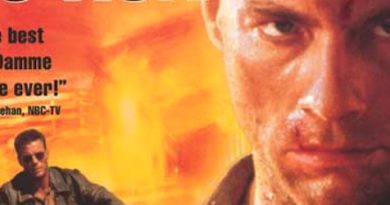