The Death Race series hit its second wind with this refreshingly spirited and extremely entertaining entry into a series that has grown more outlandish with each installment. There is only so much room for originality in this series, but the writers have at least found a fresh angle on the material. Director Don Michael Paul, no stranger to B-Movie fodder, does an adequate but unspectacular job behind the camera. The picture is missing the gonzo visual style of filmmaker Roel Rene who helmed the previous two in the franchise. Universal studios obviously collect a high return on investment with these flicks, which would explain why we had four Death Race movies in the last decade, but this series lacks the ‘fun’ of their Scorpion King pictures. Not bad of its type, but not worthy of seeking out unless you’re a pursuer of trashy cinema.

After a failed attack on the legendary driver, Frankenstein, Black Ops specialist Connor Gibson (Zach McGowan) infiltrates a federal prison with one goal-enter the illegal Death Race and take Frankenstein down. Connor enlists the help of Baltimore Bob (Danny Glover) and Lists (Frederick Koehler) and unexpectedly falls in love with a beautiful bartender, Jane (Christine Marzano). But Connor must stay focused and fight for more than his life in order to survive a world of no guards, no rules, no track, and no heat. 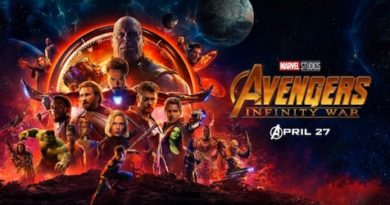