Very Bad Things has got to be the most nihilistic romantic comedy of all-time. Here, is a movie in which the title is stunningly accurate. None of the main characters are better because of the experience by story’s end and this is called daring, and original in Hollywood. Director Peter Berg’s debut film is a mean-spirited and farcical look at suburban idealism run amok. Which is anchored by a stellar performance from Christian Slater who reminds why he was earmarked as “the next big thing” earlier in the decade.

Kyle Fisher’s (Jon Favreau) Vegas bachelor party goes from wild to out of control when he and his groomsman’s drug-fueled night on the town ends with a dead stripper. As the group of five guys scramble to bury the evidence more bodies begin to pile up. The truth won’t stay buried as the friends begin to turn on one another in an effort to get Kyle down the aisle.

You’ve got to love the 1990’s film scene. In the post-Tarantino world, every studio head relentlessly searched for the next Pulp Fiction and a lot of interesting films were bankrolled and produced that normally would have never been released. Depending on your warped sense of humor and willingness to go with a black comedy; Very Bad Things is an all-out assault on your moral compass. The fact that it’s well-made and acted to perfection makes it an unignorable piece of low-budget filmmaking from an era when big-screen releases were capable of surprising and even shocking audiences. 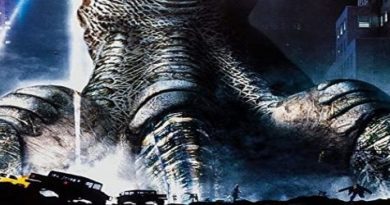