Ever After: A Cinderella Story is a movie I’ve long avoided. The flashy trailer that played in theaters leading up to its release during July of 1998 was intriguing, but not enough to commit 100 minutes to a live-action fairy tale. Well, I’m a little late to the game; Ever After is a well-executed film that takes a children’s fable and brings life into a tale that is essentially corny. Drew Barrymore is (for once) perfectly cast as the Cinderella and her esteemable supporting cast is also up for the task.

Drew Barrymore stars as Danielle De Barbarak, a “modern” young woman of the 16th century. She is a fiercely independent and wise person who stands up against remarkable odds and her scheming stepmother (Angelica Huston), to catch the eye of the prince of France. Of course, her station in life as a servant to her wicked stepmother and cruel-hearted step-sisters makes her an inappropriate choice as a possible mate for Prince Henry (Dougray Scott). Nevertheless, the two fall in love during an enchanted courtship which is threatened by the treacherous manipulation of her Stepmother.

The classic Disney fairy tale is successfully rendered for adults and teens. It’s the most sweet-natured costume drama for the teen-set since 1968’s Romeo and Juliet. Director Andy Tennant directs with confidence in his material and a strong visual sense that encapsulates the decadence of the era depicted. Drew Barrymore is at her finest with excellent supporting work from Angelica Huston and Dougray Scott. Ever After is one of the biggest surprises of the summer movie-going season of 1998. 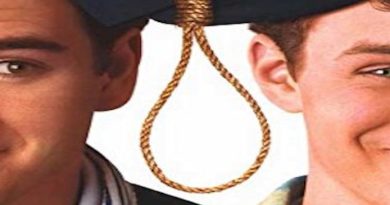