Turns out if you take the maze runner out of the maze, things become a lot less interesting. The first Maze Runner took place almost solely inside a maze populated with teenagers and guarded by a mystical force that kept the kids confined with the mysterious configuration. So fairly quickly this handsome-looking production descends into a mediocre middle chapter that has useless characters, too many scenes of Thomas running away from a chasing zombie, and an engorged 132-minute running time.

Having escaped the maze at the conclusion of the previous picture, Thomas (Dylan O’Brien) and his cohorts are now in the hands of the evil WCKD, a medical organization looking for a cure to a blood disease that turns people into zombies. Now, Thomas and his fellow teenage Gladers find themselves on the run again after uncovering a diabolical plot by the nefarious organization WCKD. With help from a new ally, the Gladers stage a daring escape into the Scorch, a desolate landscape filled with dangerous obstacles and crawling with the virus-infected Cranks. The Gladers only hope may be to find the Right Hand, a group of resistance fighters who can help them battle WCKD.

The Scorch Trials doesn’t skimp on the action which is well crafted on a noticeably higher budget for the special effects department. However, opening up the world doesn’t bring greater results, in fact, the loss of mystery that hung over the first film is this sequel’s greatest disappointment. As the case with all middle chapters, the film is given a cliffhanger ending with our protagonists’ fates hanging in the balance. 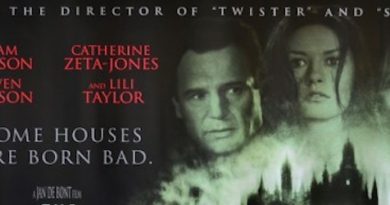