Red Sparrow is a talky spy thriller that is reminiscent of something that Alan J. Pakula or John Schlesinger would have directed back in the 1970’s. It’s a slow-burn with some sleazy sidebars, but the picture manages to redeem its self in the final act. Star Jennifer Lawrence is absolutely convincing as the title character and she never strikes a false note even when the material calls for her to be humiliated or tortured.

Dominika Egorova (Jennifer Lawrence) is A prima ballerina and devoted daughter determined to protect her sickly mother at all costs. When she suffers a career-ending injury, Dominika and her mother are faced with a bleak and uncertain future. She finds herself manipulated by her Uncle (Matthias Schoenaert) into the Sparrow program, a secret intelligence course that trains exceptional young people like her to use their bodies and minds as weapons. After enduring the perverse and sadistic training at the command of the Matron (Charlotte Rampling), she emerges as the most dangerous Sparrow the program has ever produced. However, Dominika own life and everyone she cares about are at risk, including an American CIA (Joel Edgerton) agent who tries to convince her to defect or become a mole.

At 140 minutes Red Sparrow isn’t an easy watch. I wouldn’t call this a fun, entertaining movie. In fact I find it a good movie but an odd career move for Lawrence, particularly coming on the heels of the ill-received Mother. Red Sparrow does engage the mind and the dialogue is snappy enough to carry scenes that would otherwise be dull with lesser talented writers. However, the story could have used some tightening, this story could be told jus as efficiently in under two hours. 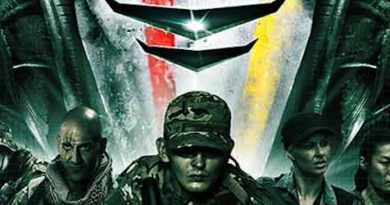