Squanto: A Warrior’s Tale isn’t viewed kindly by those with historical knowledge of the events it depicts, but it’s a rousing adventure tale that has plenty of positive attributes. In the wake of Dance with Wolves and the revival of interest in Native American culture Disney studios produced this action film aimed at family audiences. Squanto: A Warrior’s Tale was largely ignored by general audiences and ridiculed by the critical community. But I think the film was unfairly dismissed due to a pathetic marketing campaign and movie reviewers unaccustomed to Disney’s live-action fare during the era.

Squanto is a member of a Native American tribe. He’s part of a welcoming committee for arriving Europeans only to be kidnapped and taken back to England. Squanto is forced into slavery and ordered to perform in a degrading carnival act to entertain the crowds. He escapes his captures and is given shelter by monks on a religious sanctuary. This is where the Native learns to speak English and develops a friendship with a religious man named David (Mandy Patinkin). Eventually, Squanto gains passage back to the New World and is devastated to find his tribe destroyed by illnesses brought from the outsiders.

This admittedly simplistic tale that depicts the events leading up to the first Thanksgiving is worthwhile family viewing. Director Xavier Koller does a painstaking job recreating the era and his attention to period detail is to be commended. Credit must also be given to star Adam beach for creating a likable, charming, and sympathetic character instead of the usual cliched chart that populates films about native Americans. Squanto: A Warriors Tale ideal for an evening of family entertainment. 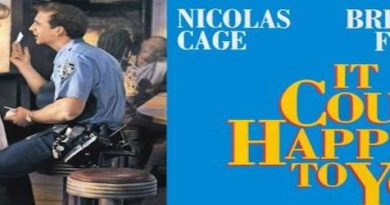