Paul Hogan brings his Mick “Crocodile” Dundee character back to the screen after a 13-year absence in Crocodile Dundee in Los Angeles. The actor shines as the good-natured foreigner who is a babe in the woods on a trip to the largest city on the West Coast. This genial comedy (tame by even PG-rated standards) is likely to entertain the family and won’t offend anybody. Instead of acting as a sequel, this third entry plays more like a remake reincorporating nearly all of the successful elements from the previous two pictures. A few chuckles ensue, but the film feels like it’s arrived ten years past its expiration date.

After Mick’s girlfriend, Sue (Linda Kozlowski), is assigned to the L.A. bureau of her father’s newspaper, Mick, Sue, and their son Mikey’s head to Hollywood. Once in Los Angeles, Sue suspects foul play at a movie studio and Mick uses his skills to bring justice to the bad guys.

Crocodile Dundee in Los Angeles is directed by Simon Wincer, and he’s the most accomplished of the series’ filmmakers. This the best-looking and most polished production of the three, but he’s saddled with a lame script that feels recycled from the 1980s. Hogan, as before, almost single-handily saves the film from becoming a bore. Mick Dundee is a likeable, original, and funny character. Next time I hope they give him something interesting to do. 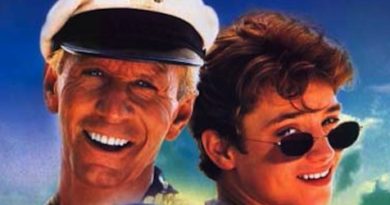