Half of the pleasure in Star Wars is to be found in its excellent character development. Apart from the main heroes, there are characters –such as Boba Fett and Admiral Ackbar- that have become very popular despite their short appearance. The so-called Guest Stars of Star Wars: and their popularity doesn’t stop there but extends to the real world, inspiring fancy dress costumes in Star Wars themed parties and providing the base for a large and extremely profitable merchandising campaign.

Here are some of these lesser characters that we loved even though we barely got to know: 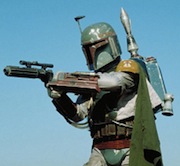 A ruthless killer, whose armour alone made everyone in the Galaxy shiver. The most legendary warrior, he served both the Empire and the Underworld, taking assignments as a bounty hunter. A true professional he was laconic with his words, and deadly with his weapons. He concealed his past well, creating an air of mystery around him. In reality he was his dad’s own clone. Jango Fett was the best warrior of his time. Killed in the Battle of Geonosis he left Boba behind to fend for himself. But Boba had been trained well in the art of war -from a young age he knew how to operate most weapons, even laser guns- and took no time to achieve notoriety. 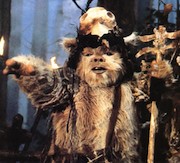 Ewoks were small, hairy, somewhat primitive and definitely eccentric creatures that lived under the moon of Endor. Even though experts in construction of gliders and catapults, Ewoks never managed to progress further than the Stone Age. Practical minds, they were very quick to learn anything to do with mechanics and had a gift for figuring out any machine’s operation. They lived in the forest and governed by a council of Elders headed by Chief Chirpa. All Ewoks were interesting characters but the Chief was also the essence of a ‘manly man’. Dominant, athletic, tough and uncompromising. 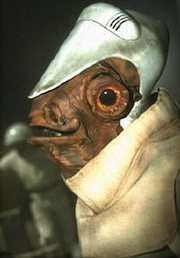 Considered by many the most entertaining minor character of Star Wars, whose name –oddly enough- is an anagram of Barack. Perhaps this worked as subliminal advertising, contributing to Obama’s success at the presidential election. A Victory-class Star Destroyer, he led the Rebel’s spaceships at the battle of Endor. Combining an excellent military training with unorthodox tactics as well as a good character, Admiral Ackbar was a respected figure with his crew, who declared themselves privileged to serve under him. He also became a symbol of unity for the Galactic Alliance, leading many missions and managing to eliminate warlords of the likes of Zsini. 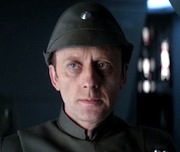 Darth Vader was at the point of despair having had Admirals who were competing in incompetence and stupidity. And then came Admiral Piett. Careful, methodical and obedient. A capable officer and quite inventive too -certainly much more inspired than his predecessor Admiral Ozzel, who he replaced at the Battle of Endor. Unlike other Admirals who had a privileged upbringing, Piett came from a humbler background (The Outer Rim) but was immediately distinguished for his character and courage for which he was also awarded many medals. 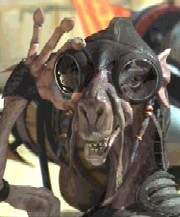 Simply captivating. The former slave who managed to escape his destiny thanks to his dangerous piloting, his notorious racing skills and his addiction to cheating. Sebulba may have killed a few podracers while steering, and may be the ultimate dodger in the history of Star Wars but his popularity was such that he always managed to escape penalization. Obviously suffering from an inferiority complex, Sebulba tried at every occasion to prove he was better than everyone else, even by means of violence. Thickheaded and a true scumbug, but certainly charismatic and a delightful addition to the films.

This article was written by Joker’s Masquerade, leading providers of fancy dress costumes in the UK

5 Chick Flicks that Guys Will Love