The trailer for the prequel to John Carpenter’s 1982 The Thing has just been released. And while I understand the director has taken precautions to mimic Carpenter’s work so that it does appear as a prequel and blend into the original, I don’t see enough of a difference so far between the two that makes this film not look like a straight remake. Really, if this were a prequel to The Thing, why then is it titled The Thing? My guess is they wanted to give audiences a reason to see it. A straight remake of these types of movies, especially monster movies, are just too similar to the original. This trailer also looks like a mashup of Whiteout and 30 Days of Night. Check out the minimalistic (to say the least) poster below the video. What do you think? 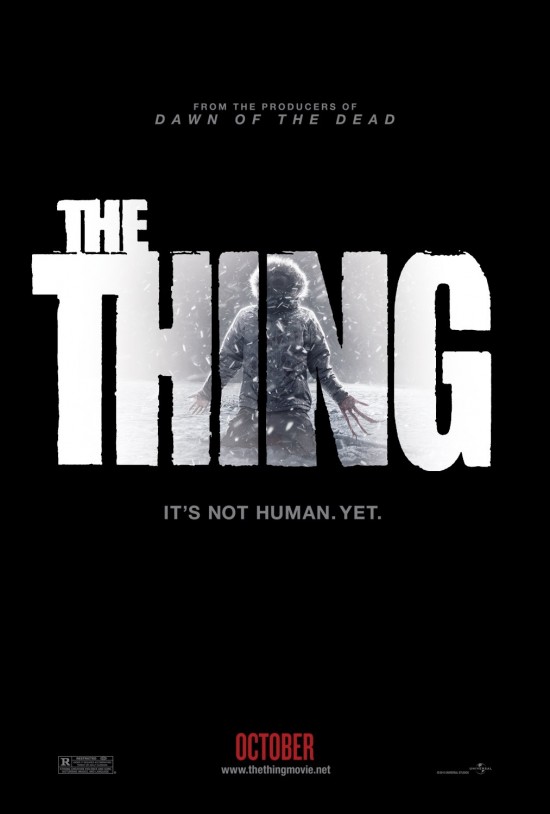 Podcast EP76: Arnold and Sly in the Hospital, Nazis From the Moon Iron Sky Trailer