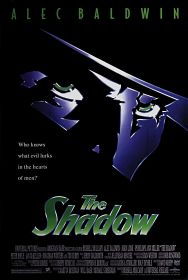 Alec Baldwin’s turn in the role of a superhero is one of the best albeit forgotten films in the genera. Surfacing in the summer of 1994 with little fanfare; presumably from audience fatigue after two Batman films, The Rocketeer and a legion of wannabe blockbuster arrived in less than five years. The Shadow separates itself from others in the pack through it’s exquisite production and art design and a detailed period setting in the art-deco friendly 1930’s. The character of Cranston Lamont/ The Shadow originated on radio series almost 80 years ago. Apparently 1990’s audiences weren’t interested in their grandparent’s superhero and left this little seen film to die a quick death at the box-office. In hindsight it’s a entertaining piece of escapist fun with slick direction from Highlander vet Russell Mulcahy, a self deprecating script and a polished look that provides as many visual thrills as the stunning special effects. 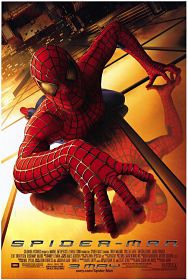 The Superhero craze had all but died completely after the dismal returns and audience disapproval of Batman & Robin until 2002 when Spiderman was unleashed unto the world. The first glimpses from the cinematic debut of the web-slinger was in a teaser trailer that created a sensation for featuring a helicopter full of bad guys caught in a web atop the World Trade Towers. After the 9/11 attacks this sequence was promptly removed and a more patriotic spot was reedited. In the wake of that harrowing day audiences were hungry for a larger than life savior, especially one that was American and specifically a New Yorker. Toby McGuire makes for an appealing Peter Parker and Sam Raimi’s direction is strong even while throwing in motifs and quirks that have surfaced in his best work. Many critics and audience members have hailed the second film Spiderman 2 as the best in the series. For my money nothing in the entire trilogy beats the excitement and wow factor the original provided on numerous occasions. 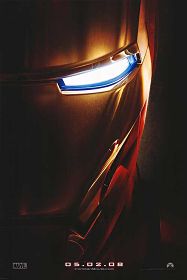 Robert Downey Jr.’s unusual approach to the Tony Stark/Ironman mythology is played in a refreshingly relaxed and humorous manner. Something other actors would try (Ryan Reynolds, can you hear me?) yet fail to achieve. While accentuating Stark’s selfish playboy care-free lifestyle in the early goings director Jon Favreau makes Tony’s transformation into the peace-minded Ironman work on a visceral and emotional level. Gwyneth Paltrow is radiant as Pepper Potts; her scenes opposite Downey and Jeff Bridges are some of the best acting you’ll see in a big-budget superhero adventure. Yet all would be for not without the unmistakably unique talent and screen presence of Downey Jr. Watching him morph from sinner to savior is an adapt cinematic metaphor for the real life comeback from drug addict to Box-office titan. Without a doubt the funniest straight-forward Superhero film ever produced. 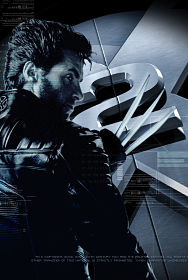 The first X-men movie was all set up and this sequel is the payoff. After going to extreme lengths in setting up the world of Xavier’s school and the societal hardships facing mutants, returning director Brian Singer was freed to tell a far more involving story having already established the groundwork in the previous outing. That left room for this follow-up that is truly the crown jewel of the series and arguably the best film Singer has ever made. Infusing action, drama, special effects and character development the filmmakers were able to deliver the rare film (nonetheless a superhero tale) that appealed to all four demographic quadrants. Bettering the original is a feat not usually achieved in mainstream blockbuster sized cinema, however Singer and his talented cast and crew have outdone themselves in crafting one of the finest sequels of all time. 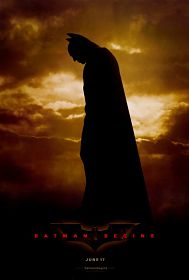 Batman Begins is the shinning example of how to translate a comic book character to film. Of all the superheroes Batman is the most suited for the big screen, perhaps that explains why he has appeared in more cinematic reincarnations than all the others. The Tim Burton directed Batman films changed the game back in the late 1980’s. Audiences raised on the gee-whiz Superman pictures were violently thrown into a darkly lit, festering Gotham City. Global box-office domination proved Batman to be the most popular comic book hero in the world. Until the franchise was turned into a circus that resembled the 1960’s television show. Christopher Nolan’s adaptation is so captivating and adult -oriented that during the first hour you may forget that you’re watching a Batman movie. Christian Bale is Bruce Wayne in a commanding and complicated performance that is the heart of the film. Morgan Freeman and Michael Caine are magnificent in supporting roles and although critical derived I enjoy Katie Holmes as the love interest (much better than Kim Basinger). A rousing score from Hans Zimmer and collaborator James Horner is one of the best soundtracks in recent years and deserved a Oscar. Many people prefer the nilistic-themed The Dark Knight over Begins, yet I have always found this origin tale chronicling the development of Bruce Wayne/Batman far more intriguing then the antics of Ledger’s joker. Without a doubt the best superhero film ever made.