Knock Off is a strange concoction that was met with nearly unanimous critical scorn and absolute indifference from Van Damme’s once sizable fan-base at the time of its release. The second collaboration between heralded director Tsui Hark and Jean Claude Van Damme is (in hindsight) one of the most underrated films of his career. The picture is a fast, light and sometimes funny action film with a script from Die Hard scribe Steven E. de Souza. The story is set in the days leading up to Britain’s relinquishing control of Hong Kong to China in 1997. During this time local authorities have stumbled across a new type of terrorist threat, nano-bombs. The small miniature explosive device is the size of a watch battery yet packs the bang of half a stick of dynamite. Caught up in this is a local knock off king Marcus Ray (Van Damme). Unbeknownst to Ray and his over anxious, ever talking partner (Rob Schneider) the jeans their company produces are discovered to be the housing device for the explosives. All of this leads up to an extended sequence that takes place aboard a cargo ship full of bombs making its way from Hong Kong to America.

If that plot description is a little bizarre that’s probably appropriate since the entire storyline is frankly bat-shit crazy. This isn’t a film about nuance and dictation; Hark is known for his eccentric directorial flourishes not compelling plot structure. In fact judging from the evidence on screen, Hark is a natural born visualist. He has very little concern or care for de Souza’s script, often choosing to employ voice overs and quick cuts over close-ups for moments of exposition. Look for outlandish and little used motifs such as picture in picture, close-ups of feet entering shoes and frogs leaping about for no particular reason.

As a longtime fan of Van Damme this film is a puzzling addition to his lengthy film cannon. It’s no secret he was battling a cocaine addiction during this time, and he has gone so far as to confirm he was in the darkest point in his life while making this film. He alternately looks terrible (sweaty, tired, uninterested) and physically incapable of kicking ass. If I had to guess I’d estimate Van Damme throws close to 300 kicks during the film’s running time. He has stated this was the last movie in which he was using on. It’s a shame that drug use and questionable choices in his personal life and film projects destroyed such a promising career.

Knock Off is an enjoyable time-waster with high style and energy. If you’re in the mood for Asian-inspired action fare with one of the 1990’s biggest stars then I recommend it. Just be warned that you’ll probably need a cork board and a slew of index cards to keep the storyline straight. Consider it the first avant garde martial arts/action-thriller. Ya, that makes it sound a litle bit more respectable. 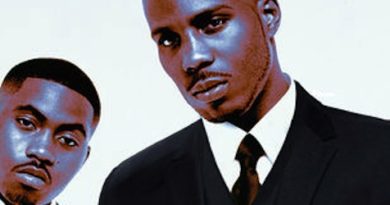