The third in the Major League series is a real disappointment. It has the cheap production values of a T.V. movie not a theatrical release from Warner Bros studios. In fact, the entire flick feels like it could be a pilot episode for Major League: The Series. Scott Bakula, who is no stranger to episodic television, makes for an affable second-rate leading man. It seems that every time Bakula gets a movie role he’s attached to sports-comedies. Perhaps his athletic physique and everyman quality are suited to a ballplayer, but he played this type of role before in Necessary Roughness.

Gus Cantrell (Bakula) is a washed-up pitcher struggling in Triple-A ball. His elbow is giving out and life after baseball is starting to become a real concern. That’s until Roger Dorn (Corbin Bernsen), who now owns the Minnesota Twins organization, shows up with an offer for Gus: the opportunity to coach the Buzz, a minor league club that serves as a pipeline for the Twins. A long-running feud between Gus and Leonard Huff (Ted McGinley), the snobby skipper of the Twins, results in a game between the minor league club and the pros.

This leaves Gus little time to make a real team out of a bunch of players who include ballet dancer turned ballplayer Lance “The Dance” Pere, minor league lifer Frank “Pops” Morgan, Rube Baker, Taka Tanaka, Pedro Cerrano, pitcher Hog Ellis, home run hitter Billy “Downtown” Anderson (Walton Goggins), and pitcher Carlton “Doc” Windgate, a medical school graduate who throws the slowest fastball in the minors. These untraditional ball players stand little chance at taking on the skilled professionals, but they have the heart and desire to make it a competition.

Most fans of Major League 1&2 are often baffled to find out that a third film was released as part of the original canon. However, this entry doesn’t feature Charlie Sheen nor Tom Berenger, and they aren’t really missed. Major League: Back to the Minors is the least entertaining of the trilogy, it’s deserving of its ambiguity and I wouldn’t recommend anyone unfamiliar with the previous films seeking it out. Corbin Bernsen, Dennis Haysbert, and Takaaki Ishibashi are the only returning members. Bob Uecker provides a few smiles with his overzealous radio announcer Harry Doyle. But even Uecker seems to be toned down and running on fumes by the picture’s end. 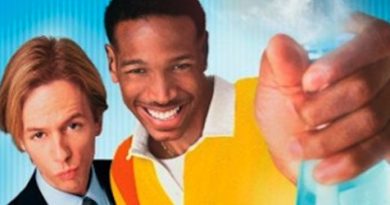