Dr. Dolittle is amusing in the moment but when you step back and look at its overall place in the Eddie Murphy film cannon its serves as a signpost of the slow descent the actor took into family films and eventual career insignificance. The film is directed by Betty Thomas and she brings the same soft touch and good nature to the similarly funny The Brady Bunch Movie. A brief running time and some quality voice work from an all-star collection of mostly comedians make for a giggle-fest that proves infectious by the picture’s end.

John Dolittle was an odd child with a similarly odd ability to understand animals. He can converse with any form of creature he may encounter. This strange development worries his over-protective father and young John is forebode to use his connection with animals any more. Now, John is a successful physician and devoted father, it’s during an especially stressful time in the Doctor’s life that his long-suppressed talent is suddenly reawakened. From that point, he becomes the primary physician of every creature in town.

The title may be Dolittle but the creative team has done a lot of hard work and have spent freely on special effects and a globally recognized celebrity to anchor their funny film. Dr. Doolittle is the funniest of Murphy’s kiddie pics, the law of diminishing returns would sink this franchise, and Murphy’s film once white-hot film career. It’s a shame in retrospect, Eddie Murphy was and still is one of my favorite screen personalities. I wish he would have gone the artistic route of one for them one for me that Cruise, Washington, and Sandler perfected in the 2000’s. Instead, his IMDB page is littered with forgettable titles that did little other than provide easy paychecks. One of the most unpredictable, vulgar, charismatic performers to ever grace screens is relegated to headlining children’s films, something that would have seemed unfathomable just a decade earlier when Murphy was in his Raw days. That makes Dr. Dolitle bittersweet viewing. 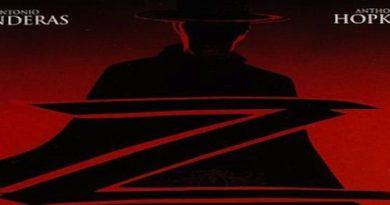