Tremors: A Cold Day in Hell is the sixth installment in the Tremors franchise. Why not title it Ice Tremors you ask? Well because shooting in the snow and ice is probably much to expensive for this feature, instead they open in the snow, throw out a few comments about global warming – problem solved, now the rest of the film can take place in the arctic without there needing to be any snow.

The film is nothing you haven’t seen before and is a pretty stock Tremors plot. Graboids attack, Burt Gummer (Michael Gross) is called into a remote location and must band together with the people there in a fight to the death with all the different Tremor monsters. Ass Blasters are as welcomed back here as Jamie Kennedy who reprises the role of Burt’s son from Tremors 5.

The first thirty minutes of the film are tough going. If you can stick it out though, the second act gets much better, with lots of Graboid and Ass Blaster fun. The biggest detriment to this film is the direction and cinematography – specifically everything from the blocking of scenes, framing of shots and even the focal length of the chosen lenses add to the cheap feeling of the production. Not to mention some incredibly amateurish performances by the supporting cast in the first act. And to be fair a lot of this was probably shot over the course of a few days. Most of these issue disappear entirely in the second act, with some cool ideas written in as well – I especially liked Gummer’s *visions* (no spoilers).

All in all this is a fun and worthy installment in the Tremors franchise, especially since we’re a failed TV show and six movies deep. If you’ve enjoyed the past Tremors flicks give this one a shot. 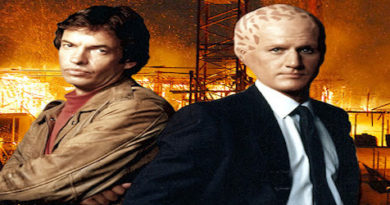