– A Man And His Camera –
In the early 90s indie films were all the rage. The idea of anyone being able to pick up a cheap video camera and make a movie fluttered through the heads of many. In fact some speculated that this could bring the studios down a peg and create a new film market. Twenty years later that has yet to be seen. Sure there have been huge success stories like The Blair Witch Project and Paranormal Activity. Heck even 28 Days Later proved that making a movie with video and having it look professional was possible. But these success stories have been few and the studios still hold all the clout with distribution.
Although there have been some startup companies that have tried to capitalize on this very idea. Namely CreateSpace and NeoFlix. Their business model is simple, setup an Amazon type store (CreateSpace is owned by Amazon) where independent filmmakers can sell their movies. How did none of this take off? Pretty simple really. The studios have a marketing department, whereas the little guys must do the leg work themselves. Albert Pyun hits the nail on the head, “I think these fulfillment distribution services feel, to date, that most indy filmmakers tend to not support their films vigourously for an extended period like a studio would. Filmmakers tend to quit their active support for a film fairly quickly I guess. The filmmakers get burned out or discouraged and want to move on to their next film. So it lacks the long tail necessary to support the fulfillment distributors operation over time. They are forced to get more filmmakers and films every month to sustain revenue.” 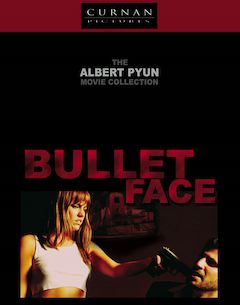 Pyun is best known for directing the films Cyborg, Sword and the Sorcerer and the Nemesis franchise. Throughout that time he has worked with studios and through their distribution networks. Now he plans on branching out, ditching the studios entirely and hopefully making it by self distributing his own films. Most people would immediately see the problems with this. How can you market a film without studio support? Luckily Pyun had the opportunity to build a nicely sized fan base. But not only that, with the advent of the Internet it is possible to run a marketing campaign for very little money. Websites like Ain’t It Cool News and JoBlo have given a lot of free publicity to Pyun’s marketing efforts. Film reviews and interviews are another way he is pushing people to see his work.
The greatest thing he is doing though, is creating great content to go along with the films. His newest release, Bulletface, is a five disc special edition under a pseudo Criterion Collection name The Albert Pyun Movie Collection. Not only are the discs jam packed with special features, but they also include a cd version of the score and a director’s cut of one of his past films. This is not only welcomed by fans, but also creates some nice buzz around the dvd releases.
Albert Pyun, “Its like at the beginning of the film industry, when the Samuel Goldwyn’s (MGM) and Carl Laemmle’s (Universal) had to travel town to town to sell and show their films. It ain’t fun nor very artistic but its what ultimately enables the filmmaker to continue to make movies. A means to an end. If companies like Neoflix can survive and work, then it opens up a ongoing source of revenue and centralizes marketing and can provide a living wage for filmmakers.”

– Why Self Distribute? –
Seems like an awful lot of work. Sure most filmmakers probably don’t want to do this, they simply want to catch a break with a big distributor, take the money up front and never have to work on the film again. That’s not always how it works with lower budget films though. According to Pyun his movie Infected, which was released by Lions Gate and made for $35,000, pulled in $185,000 for the distributor during its North American only reporting period. What did Pyun get out of it? He is still $760 in the red to Lions Gate. Through self distribution all of the money would go directly to the filmmaker, of course getting the profit margin that high will be the main challenge.
Pyun explains, “Remember, a film’s revenue lives for decades. That’s why libraries are the bedrock of all the major studios. That’s their primary asset. One of my films (budget – $300,000) delivered a $600,000 overage (profit) check 9 years after home video release from US alone. After making $2 million in its first two years of release in North America only. So films have a long life. Why should the studio get this revenue year in and year out when it should go to the filmmaker.”
Going beyond just this basic model, Pyun plans to have tracking data available for his dvd releases as well. Kind of his own mini box office. This is something that Pyun believes will “provide marketing toward the films that are performing and give filmmakers a view of the marketplace (what’s working and what’s not). Our audience loves statistics. And if they see a DIY film doing well on a chart, they are more apt to seek it out.”

Visit albertpyunmovies.com to purchase Pyun’s movies and check up on his blog.

2 thoughts on “DIY Film Distribution: How Albert Pyun Is Ditching The Studios”