When this show premiered back in 2001 I dismissed it immediately. The advertising material pushed a ‘Abercrombie’ model as ‘Clark Kent’ and I felt that was totally against everything the Supeman mythology was about. Clark Kent is an average kid just trying to blend in, not a 6’5 ripped runway model. But the damnest thing happened, I watched the first four episodes years later on DVD and was hooked. Tom Welling plays Clark so perfectly that he erases memories of Brandon Routh’s mediocre performance, and Christopher Reeves magnificent portrayal of the superhero.

The early seasons are focused on fractured relationships between fathers and their sons. Clark struggles with his families true identity and emerging powers, while Lex is locked into a vicious game of cat and mouse with his ‘Trump’ like father Lionel. John Glover is excellent as the eccentric billionaire and father to Lex, his on-screen intensity is equally matched by Michael Rosenbaum an outstanding actor who is used here perfectly. Rosenbaum’s version of Luther is a charming snake, who wants nothing more than to be best friends with Clark. Anyone familiar with the Superman story knows where this relationship is ultimately headed. Yet it’s fascinating to watch the arcs that slowly turn Lex and Clark into opposing forces. Kristin Kreuk is absolutely stunning as Lana Lang the long sought after girl from Smallville high. Later seasons introduce every major character in the Superman universe including Lois Lane, Perry White, and Jimmy Olsen along with the DC Justice League. This show has been picked up for it’s 10th season marking it as one of the longest running shows currently on television. Who knew the man of steel had this much staying power? 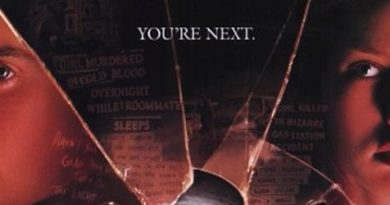 2 thoughts on “I’m A Fan Of CW’s Smallville”