The first and many believe the best Bond film is a crackling spy caper filled with most of the hallmark touches that fans would come to love. From the opening title sequence to the familiar theme music, this inaugural entry in the long running series is essentially the same story that the series producers would regurgitate 26 more times to date.

Suave british spy 007 is sent to Jamaica to investiagte the killing of a fellow double-00 agent. Leading him to the underground lair of the nefarious Dr. No. a mad scientist bent on world domination. Aided by an American C.I.A. agent named Felix Liter, played by Hawaii-Five-O star Jack Lord, and the beautiful Ursula Andress as Honey Rider.

Dr. No isn’t as polished as the later entires in the Connery era, but it does move swiftly and has plenty of women, gadgets and humor to satisfy fans’ cravings. Connery is magnificent as Her Majesty’s best agent, its easy to see why he and the series became so popular across the globe. 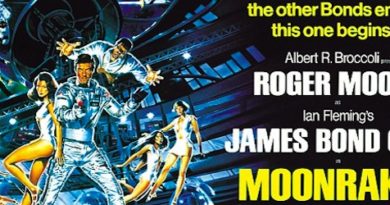