Walt Disney Studios 50th Animated film is a complete delight and the first successful non-pixar release in almost 15 years. Beautiful animation and a sharp sense of humor add an extra level of entertainment for adults while the goofy antics of the supporting characters are sure to keep the kids attention. The story is an updated version of the beloved children fable ‘Rapunzel’. Although this retelling strays from the source material it does so with imagination and some of the most dazzling visuals of the year. The voice casting can make (think Tom Hanks/Tim Allen) or break (think Will Ferrall/Brad Pitt) a film like this, fortunately Mandy Moore is vocally suited to play a princess. Her bubbly persona almost sneak it’s way into the character on-screen. A leap forward in the DISNEY cannon and leagues better than last years ‘Princess and the Frog’.

I’m A Fan Of NBC’s Chuck 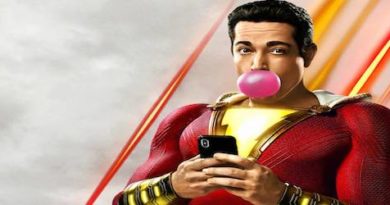