Olympic Gold Medalist Mitch Gaylord stars in this sporadically entertaining sports drama about a striving athlete who overcomes his personal problems and learns how to have faith in himself. This well used formula, about a talented but troubled rising star unable to gain the respect of his father, while romancing an attractive newcomer, is way too clichéd and familiar to resonate. Sporting virtually the same plot as director Magnoli’s previous film Purple Rain, this overbearing drama has moments of insight into the world of Olympic gymnastics that may be appreciated by gymnasts. Most others will be turned off by the wooden acting of the two leads and the tendency of the filmmakers to shoot the film like a 1980’s MTV Music Video.

A couple of rousing training montages set to John Parr’s music creates an effective sense of mood and importance. Unfortunately too many scenes are punctuated with stilted dialogue and moments of (unintentional) hilarity. Gaylord had the charisma to make a capable leading man and it’s a shame this film treats him like a ‘teen beat’ cover model and not a serious athlete. Resulting in an one and done as far as starring in a major motion picture, although he would find a long career as a stunt man most notably for Chris O’ Donnell in the Batman movies. A relic from the 1980’s complete with hammy performances, workout sequences in a rainy downpour and love scenes draped in blue lighting. One of the worst Rocky-style knock-offs from a decade full of them. 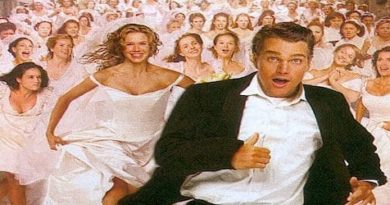