‘Just Friends’ is a funny sweet-natured comedy starring a cast of low level comedians that work hard to create an infectiously humorous experience. Ryan Reynolds is cast as Chris Brander a once chubby outcast in love with his female best friend. Now years later Chris is a newly slimmed financially successful talent manager. On a flight over the East Coast with a Britney Spears-like pop star, Chris’s plane is forced to make an emergency landing. Stranding both himself and the diva in the town he grew up in.

The script by Adam ‘Tex’ Davis isn’t groundbreaking in it’s originality but it does have a few moments of inspiration and the energetic cast gives all to the material. Elevating a mediocre comedy into a giggle-inducing farce complete with raunchy characters and masturbation jokes. Reynolds and Anna Faris (both underrated comedians) are outstanding here, I found Reynold irritating and thoroughly dis-likable in ‘Van Wilder’ but in this picture he is just the opposite. Faris has been working the angle of dim-witted sexpot since ‘Scary Movie’ and she has the shtick down pat. Her good looks make her a close physical resemblance to Britney Spears and her sparadic behavior is cause for some of the film’s funnier moments.

Director Roger Kumble doesn’t step wrong, from the hysterical opening (a close-up of a very pudgy Reynolds lip-syncing ‘I Swear’) to the screwball comedy routine in an amped up hockey game montage. Amy Smart and Chris Klein are solid in supporting roles as is Chris Marquette. A good, smart comedy full of lines you and your friends are likely to be repeating to one another for sometime after. 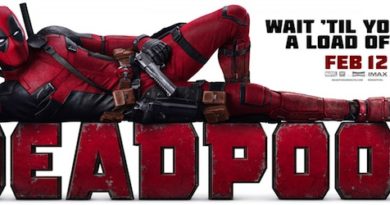