Although you guys in the states might not think that there have been many great comedy moments in Britain and that the USA has the greatest television programmes, this is a load of rubbish! Don’t forget that hit shows such as The Office came straight from the UK and of course that the lead actor of House M.D, Hugh Laurie, is famous for his British Comedy. Here are some of the great comedy shows and best bits from each of them from the long history of British Comedy. 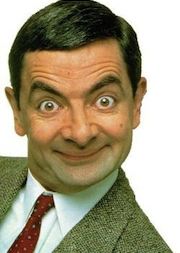 There have been so many great moments in Mr Bean from the Christmas episode with the turkey stuck on his head (yes we beat Friends to that) to the moment where he realises that jumping off a diving board perhaps wasn’t the best of ideas. My personal favourite clip is the first of three below where he is trying to cheat on an exam paper.

Of course if you don’t appreciate the first two clips you are surely going to appreciate the clip where Mr Bean get’s dressed in his car, whilst driving. 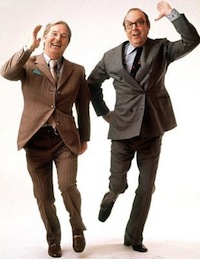 Eric Morecambe and Ernie Wise are comedy icons and one of the best double acts of all time. The partnerships started in 1941 and only ended when Morecambe died in 1984. They were most famous for their television show that had some of the funniest sketches in it of not only the 70s and 80s but to this day still. The breakfast one show below was voted one of the greatest comedy moments of all time. 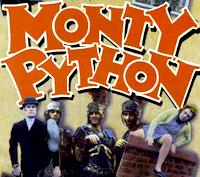 Sometimes known as “The Pythons” these were the men behind the Monty Python’s Flying Circus sketch show that first aired on the BBC back in 1969 with over forty episodes created over the four seasons that it ran for. It was so popular that is spawned stage shows, albums, books and of course famous films such as The Life of Brian. The three that made the most success out of this were John Cleese (Fawlty Towers), Eric Idle and Terry Gilliam. 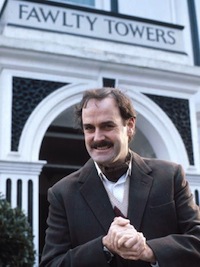 John Cleese is most famous for his role in this show playing the hotel owner, Basil Fawlty who was a hotel owner that hated all of his guests and most of his staff. Famous for his angry characters, John didn’t let the fans down with this one.

Of course make sure you don’t mention the war! 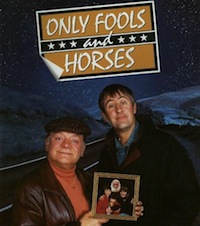 A BAFTA award winning show that is loved by pretty much everyone that has seen the show it was voted Britain’s best sitcom in 2004 and has created a spin off series and a prequel to the show that was first aired in 2010. Greatest moments include the chandelier collapsing and of course the Batman & Robin moment that won awards in itself. 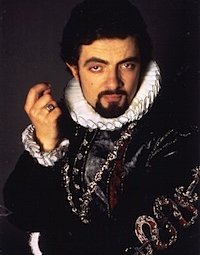 This show spanned four seasons and within those seasons each one was from a different timeframe and all involve the same characters but from a different point in the family history. Edmund Blackadder is the anti-hero of the show and is followed by his dogsbody, Baldrick. This show was voted Britain’s second best sitcom. 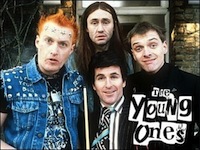 This is the show that kick started the careers of both Rik Mayall and Adrian Edmondson and was an anarchic alternative comedy with some of the most random moments in television history. Usually it involved Adrian’s character beating someone up or smashing the house apart and the hippie in the home trying to commit suicide.

You will also see that in the video both Hugh Laurie and Stephen Fry make a cameo. 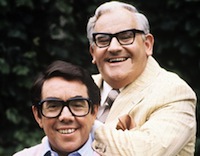 This show ran from 1971 to 1987 with several revivals over the years which only stopped when  Ronnie Barker died in 2005.

Most famous for The Young Ones, Edmondson and Mayall were once again united in this slapstick sitcom formed around two perverted lunatics who had no jobs, very little money and who lives in a rather disgusting looking flat. This all added to the effect and to this day it has some of the most humorous slapstick comedy seen on television. 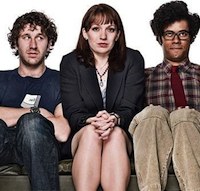 This British Sitcom is based around a couple of geeks that work in a dirty basement at the bottom of a massive corporate building. The team manage the entire companies IT equipment but are misunderstood and largely under appreciated. The show hits a twist right in the first episode when a woman not knowing anything about IT managed to convince the boss that she should be made head of IT.

If time had allowed me to go on I could have mentioned well over thirty shows here. Here are just some of the shows that narrowly best the list:

The Vicar Of Dibley