The golden days of Star Trek, when televised science fiction meant space opera and space opera only are long gone, but some might argue those days never existed in the first place. 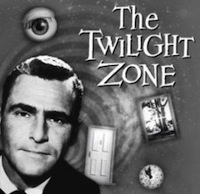 After all, even The Twilight Zone, which ran from 1959 through 1964 and still airs in syndication on many cable channels, mixed science fiction, fantasy, horror, supernatural tales, and psychological thrillers all under one successful heading.

The current state of science fiction on television bends genres even more radically than The Twilight Zone did, widening the ever-growing age old split between science fiction and fantasy, and throwing lots of spooky paranormal mind-candy into the mix to spice things up. 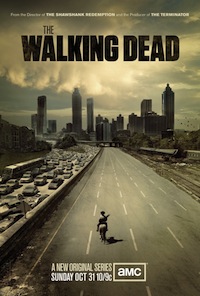 Viewers who just can’t bear to watch one more teen vampire romance might want to avoid the third season of HBO’s bite-fest True Blood, and instead settle into a second season of Sheriff Rick Grimes blowing away zombies on AMC’s The Walking Dead.

For comic relief, supernatural romance addicts might enjoy following a ghost, a vampire, and a zombie trying to get along as unlikely housemates on the new season of the SyFy Channel’s Being Human. And of course, an endless buffet of Buffy the Vampire Slayer is still served regularly on Logo.

New fantasy shows like HBO’s Game of Thrones and Camelot on Starz try to marry the popularity of the Lord of the Rings cinema trilogy with the upsurge of fantasy role-playing games like World of Warcraft and Dungeons and Dragons.

Fantasy has traditionally been more of a chick-lit genre, while LOTRO and WOW is mostly marketed to guys, so the success of the TV blend remains to be seen. Members of the Society for Creative Anachronism, re-enactors, and Medieval Fair fans should definitely tune in. 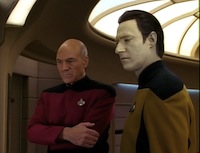 Space opera diehards and Trekkies need not despair, however. The original Star Trek series, as well as latter day Star Trek incarnations like The Next Generation, Deep Space Nine, Voyager, and Enterprise, are still running in permanent syndication loops all over cable.

Although nothing new and Enterprise-ing will hit the airwaves this fall, the Star Trek franchise is almost certain to continue to boldly go where only Star Trek can, as long as Trekkies demand it. Star Trek will never die, and it is only a matter of time before the next sequel arrives on the scene.

Battle Star Galactica continues on Sy Fy this fall with Blood and Chrome, a new series that examines the tenth year of the Cylon wars that first started between Battle Star Galactica and Caprica in 2007. Ensign William Adama returns to head up a Galactica mission to destroy the intelligent, rampaging Cylon robots.

British favorite Dr. Who will spend its sixth season in the wild American West, and its popular Starz spinoff Torchwood will follow along for the ride, bringing alien-fighting Captain Jack Harkness and his dishy sidekick Gwen Cooper to The New World. Big name American stars like Bill Pullman and Mekhi Phifer make guest appearances as a nod to American fans.

Alien invasion addicts are already nervously awaiting the very promising series Falling Skies, with its hunky star Noah Wylie and its promise of ongoing doom and battle: May this Spielberg-backed attempt not break hearts and dash expectations the way that the The Event did. 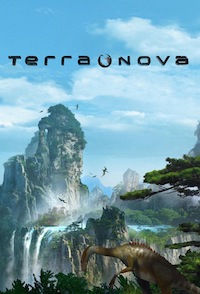 Speaking of broken hearts and dashed expectations, sci fi fans are also hoping the new Spielberg series Terra Nova will not become this year’s Lost—a series that got so lost over its long run that it eventually lost its fans. Words cannot describe the bitterness that accompanied that disappointment.

On the new show, Terra Nova, a family travels back in time to prehistoric Earth, where presumably they have adventures and discover amazing discoveries. Not much information has been released about the plot or the characters, but so far, the director has walked off the show, half the writing staff has been fired, and the tab is now running at about $4 million per episode.

Maybe they could add a red-haired kid, a snotty professor, and a talking robot and rename the unlucky series Lost in Jurassic Park.

On the far opposite end of the production cost spectrum, an ever-mutating mix of viral paranormal reality shows continue to fester. Cheap to produce and alarmingly self-replicating, the paranormal reality series first took shape with Canadian TV’s A Haunting, and then caught fire with Sy Fy’s wildly popular Ghost Hunters. 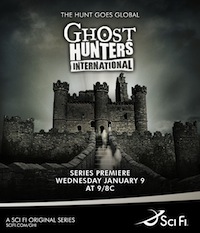 A naïve viewer might assume that the Animal Planet series covers deceased pets and their antics, but no, it simply features a live pet in each episode, usually a live pet with issues. Rover is upset. Fluffy won’t eat. The not-very surprising explanation behind these mystery veterinary symptoms turns out to be a malevolent spirit. What else could it be, after all? Enter all the animal psychics, exorcists, and ghost hunting paraphernalia a superstitious animal lover could ever want to see in a one hour show.

This mind-numbing glut of reality ghost shows plagues diehard science fiction fans, who mostly see them as the worst kind of TV junk food, but lots of viewers love them and follow every single episode of every single show. For that reason alone, hopes that the trend will soon exhaust itself for lack of new subject matter are unfortunately premature.

For example, the Sy Fy network already promises two more hybrid reality shows that blend ghosts with antiques: Paranormal Collector, about two paranormal researchers who hunt down haunted objects for their private museum, and Legend Quest, about a self-proclaimed ‘symbologist’ named Ashley Cowie who travels the world in search of mystical artifacts.

The fact that no such thing as a ‘symbologist’ exists in the real world is not a problem, not here anyway. That same invented profession helped sell millions of copies of Dan Brown’s infamous novel, The Da Vinci Code, and the Sy Fy Channel is banking on the assumption that anyone tuning into this show isn’t going to really care which branch of the academy Mr. Cowie occupies so long as he digs up cool spooky stuff.

With Pandora’s box of bad TV spirits cracked open this way, can Dancing With the Deceased, Zombie Survivor, and Paranormal Pawn Shop be far behind?

One thought on “The Current State of Science Fiction on Television”