As always with Christopher Nolan’s Batman films, the teaser posters are a neat version of the ‘bat symbol’. Here the ‘bat’ is the opening to the sky as we look up between the sky scrapers of Gotham. Very nice looking art, although it doesn’t necessitate a use for The Dark Knight Rises, meaning that the style could easily lend itself to represent one of the many (and good) animated films. Very gritty and comic book like, but damn if this doesn’t follow the marketing to the ‘T’ of the other films. Which means the teaser trailer on Harry Potter is most likely keeping in-line with that and reveals nothing about the film. We’ll have to wait and see. In the end this would make a great shirt or desktop wallpaper at the least. 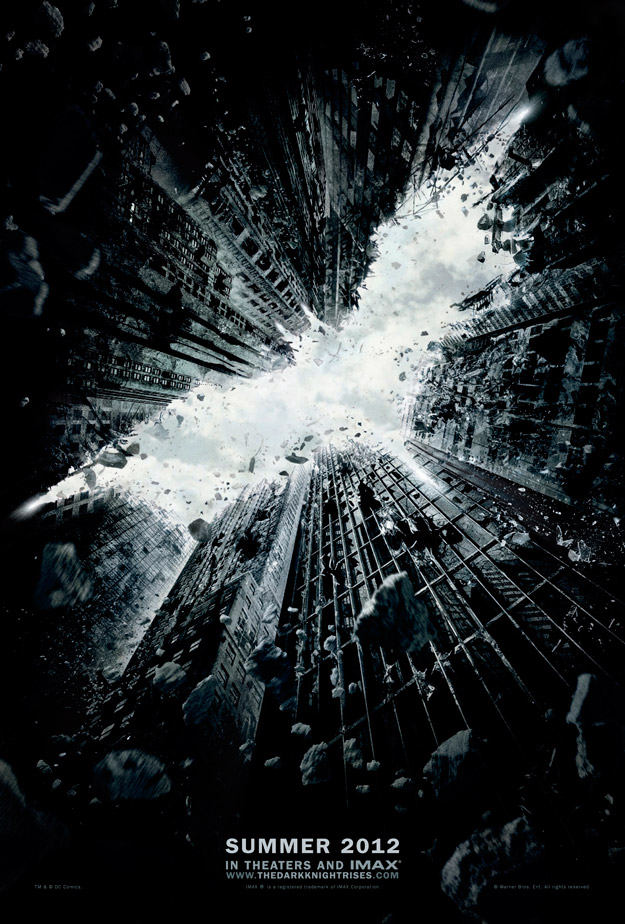 One thought on “Teaser Poster for The Dark Knight Rises!”