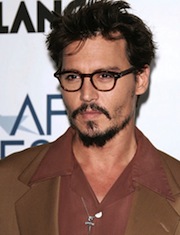 Johnny Depp’s production company Infinitum Nihil has just teamed up with Disney to make The Night Stalker, based on the 70’s television movie. Depp is currently considering the lead role of tabloid reporter Carl Kolchak. In the television movie Kolchak investigated a killer that was draining young women of their blood on the Vegas strip. It was kind of as if Jack the Ripper were a vampire. The short lived television show that came afterwards, Kolchak: The Night Stalker, broadened the villains from vampires to zombies, werewolves and even aliens. A reboot in 2005 as Night Stalker starring Stuart Townsend again failed and only lasted for 10 episodes.

It’s unclear if they plan to take some of the show and mix it with the tv movie, but this seems like a perfect choice for Depp coming off The Lone Ranger (Gore Verbinski) and Dark Shadows (Tim Burton). Both the original The Night Stalker and Dark Shadows were produced by the same man, Dan Curtis. No writer’s have been hired as of yet for this remake.

I liked Depp in From Hell and Sleepy Hollow, both of which had him acting as some sort of detective while investigating supernatural-type activity. Of course with Vegas in the mix it makes you wonder if any of Raoul Duke from Fear and Loathing in Las Vegas will come through.