There are two stories running parallel in the Charles Bronson action/thriller Kinjite. One is about a vice cop (Bronson) and his ongoing battle with a pimp that specializes in turning out teenage prostitutes. The other concerns a Japanese businessman (Hiroshi Hada) with peculiar sexual taste that moves his family to Los Angeles. For the majority of the running time these stories build on their own terms until they intersect so strangely that the rest of the film is tarnished by the gross miscalculation on the part of the filmmakers. After witnessing a woman being fondled on a metro train in Japan, the foreigner decides to molests Bronson’s daughter on a crowded bus.

This enrages Bronson who turns into a racist berserk cop that wants nothing to do with the orientals that surround him in his hometown. However he is forced to confront his prejudices by helping the same perverted Japanese man find his daughter abducted by the very pimp that Bronson has been warring with. The film is distasteful and creepy with little action outside a few fist fights that involve mostly stand-ins for the 67 year old tough man. The screenplay is exploitive it raises some intruging questions about sexual preversions and underage sex slaves but it doesn’t really have anything of relevance to say on the subjects. Besides neither of these topics are relevant for a Death Wish style revenge picture featuring the leather faced Bronson.

Kinjite was the last Bronson film to be released through the Cannon Films pipeline. It is among the most well made of all his films from the era, but that only magnifies the problems of a screenplay that doesn’t offer any insight or surprises. One of the most offbeat and depressing pictures of Bronson’s career. 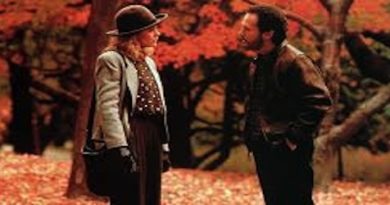