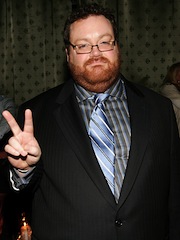 Ok, so the title’s a little harsh, but I am no fan of John Moore. Even though I liked Flight of the Phoenix but it’s by no means close to a Die Hard film and out of all the others he’s directed, Behind Enemy Lines, The Omen and the atrocious Max Payne, there’s not a single thing in any one that would lead me to believe he could make a good Die Hard. But Bruce Willis sees it another way and Moore was able to convince him, and we all know how much of a pain in the ass Willis can be.

Very little is known about the film, but we do know that McClane and his son are caught up in some Russian conflict. Yep, his son. We know how well that worked for Indiana Jones. Maybe I should change the title to “Two Reasons…”. Where does this franchise stop? 6? 7? 10? In all honesty I’m a fan of the Die Hard series as it stands, but John McClane is no James Bond and these movies fail to excite me like those films, Fast and Furious or even the Mission Impossible movies at this point.

Let me put it this way, the first Die Hard came out in 1988, sandwiched between the two Timothy Dalton Bonds. How would you feel if Dalton was still Bond at this point? A little over-doing it? I’d say so.

3 thoughts on “One Reason Why Die Hard 5 Will Suck, John Moore Directing”