Ladies, you know it can be hard to get the men in your life to show up when it comes time for you to pick the movie you’re going to see on your date. Most dudes would rather poke hot needles in their eyeballs than watch a weepy chick flick like Steel Magnolias or Terms of Endearment. It doesn’t matter that you went to see Rambo 19: Undead Skeletor Madman with an Uzi, despite the fact that watching a 110-year-old dude demolish the enemy’s head with an RPG is enough to turn even the most stalwart of stomachs (without even the eye candy that a young stud can provide). But if your guy has adopted a “what have you done for me lately” attitude when it comes to choosing the evening’s entertainment, here are a few movies that will have him admitting that not all chick flicks are worse than a colonoscopy. 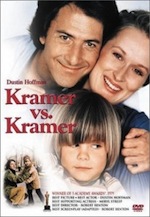 This once-timely examination of a father trying to get custody of his son was somewhat shocking when it came out because at the time it was assumed that a father simply couldn’t do as good a job raising children as a mother. But the script remains relevant even today, with shades of sexism and classism that permeate our legal system. Women will love watching new-to-fatherhood Dustin Hoffman trying to make breakfast and get his son to school for the first time (plus the tear-jerking courtroom action) while guys who are always touting their domestic talents will feel some amount of validation. 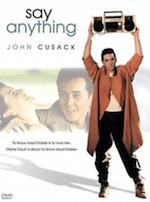 Who can’t relate to scrawny, bumbling Lloyd Dobler, who somehow makes wearing a trench coat and stalking a girl seem romantic? With staccato-quick banter and an exploration of what makes life worth living, this movie will appeal to both hopelessly romantic females and men seeking ideas for out-of-this-world romantic gestures. 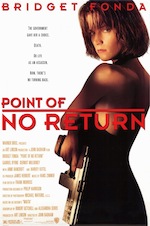 Anyone who has seen Luc Besson’s 1990 film La Femme Nikita (French, with subtitles) will recognize the storyline here (scene for scene, unfortunately). But Bridget Fonda will give you whiplash as the tough-as-nails junkie-turned-assassin who must wrestle with inner demons (and outer targets) in order to reclaim her life. Chicks will dig the strong female role model (and her attempts to make love work without revealing her true identity) while guys will enjoy watching a female assassin in action. 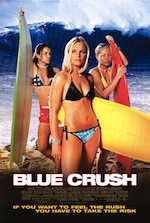 Break out the bikinis and surfboards; it’s time to head to Oahu’s North Shore for one chick flick that will appeal to the decidedly masculine sect. Although this tale of girl-power under the warm Hawaiian sun will definitely hit home with the ladies, you can’t find a better way to interest a guy than by pairing swimwear with water sports. 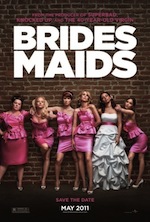 In an era of rampant bro-mance movies (Superbad, The Hangover, and I Love You, Man, for example), it’s great to see that the chicks can still represent. This incredibly hilarious film from SNL vets Kristin Wiig and Maya Rudolph will have absolutely everyone (male or female) rolling in the aisles. Between poop jokes, sex jokes, and unfathomably outrageous behavior on the part of the bridal party, you and your man can both enjoy this raucous look at what happens behind the scenes of a wedding.

Sarah Danielson writes for DVD Duplication which offers duplication of DVD’s and an array of other video related services.