A real frat party is nothing to brag about. Mostly featuring loud music, alcohol, and embarrassment, these parties are nothing to write home about. Those seen in the movies, though, are some of the most memorable events on film. Below are the Top 5 Movie Frat Parties, including movies that made the mold, broke it, and turned the concept on its head. 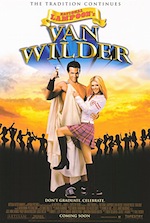 Van Wilder’s lone frat party scene was pivotal for the film, but did not seem to have much in common with the traditional party. It took place a roller rink, featured some of the least popular characters on the campus, and featured relatively few of the usual frat party tropes. What it did show, though, was a major change in how the frat party itself is viewed – the traditional party was the butt of a rather lengthy joke, while the “new” version turned most preconceived ideas around. 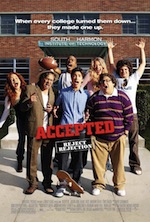 Accepted flew under the radar as a coming-of-age comedy, but it landed a few great jabs at the institution of higher education in the United States. With the movie’s somewhat satirical bent, there was no question that a traditional frat party would have to be shown. This party was overly abusive to the new pledge, attended by few other than the fraternity members, and was could be easily written off as a poor imitation of a real party. Was a great scene? Not really, but it made its point well. 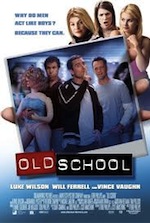 “We’re going streaking!” The memorable line capped off one of the best frat parties in recent history, one that was thrown by men far above the typical fraternity age. The first of the so-called “Frat Pack”‘s feature films, Old School revolved around the life of a fraternity started by four men in their forties attempting to capture their youth. From the first party that introduced Frank the Tank to the party that ended with tragic consequences for Blue, this film was a course in how NOT to throw a party. 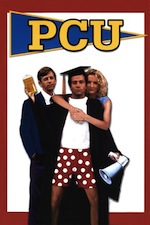 Cult-classic PCU attempted to be the Animal House of the 1990s, and was met with relatively little fanfare. The cast, which included future stars like Jeremy Piven and John Favreau, capped off its climax with a modern-day take on the classic frat party. The Pit featured music from the group’s band, the cleverly named “Everybody Gets Laid”, included a unique way for under-aged students to get alcohol, and included almost every character that had been seen in the movie up to that point. Unlike most of the movies on this list, the frat party in PCU is actually a major plot point. 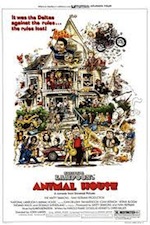 The number one movie frat party of all time should be obvious: Delta House’s Toga Party in National Lampoon’s Animal House. This is perhaps the frat party that inspired all others, and most of the parties on this list have taken something from the original source. From the “Toga, Toga!” chant to John Belushi’s guitar breaking, from the Dean’s wife to the music, this frat party is the standard by which all others judged. No movie has ever matched Animal House’s frat party, and it is likely that no movie ever will.
From Animal House to Accepted, PCU to Van Wilder, the frat party in American cinema has certainly changed. All of the parties, whether straight examples or subversions, aim to show an ideal that might not exist in real life. No matter how great the parties are at your college, there is no way that they will ever match up to the examples that are found on film.

Katie Andersen is a career counselor and content contributer for thebestcolleges.org. Check out this year’s top 25 best online schools and all the latest news about the best colleges and universities.

Get these Best of Frat Party Movies from Amazon.com