Steven Seagal returns in this highly entertaining sequel to Under Siege. That picture was a very good Die Hard Knock off that introduced Tommy Lee Jones to mainstream audiences and put Seagal on the map as a movie star and not a martial artists/actor. While the first film took place entirely aboard a U.S. Naval vessel this time the events are confined to a moving train. Back in what is arguably his signature role as Casey Ryback a soft-spoken chef, ex-Navy SEAL and one-man army the squinty eyed actor seems a little more at ease in front of the camera than had previously been the case. Directing duties on this installment were handled by Geoff Murphy (Young Guns 2, FreeJack) who has the understanding that the villains make or break a picture like this. Murphy casts some top notch heavyweights in Monologuist Eric Bogosian (Talk Radio) as Travis Dane the mad computer genius recently fired from his cushy government job now seeking retribution and money. The other is veteran actor Evert McGILL (The People Under the Stairs) here playing the leader of a pack of mercenaries hired by Dane to hijack a train and hold it’s passengers ransom.

Unfortunately for them they didn’t plan on Ryback’s niece (a very young Katherine Heigl) to be on this particular locomotive. Before long Seagal is running, jumping and mostly kicking his way through the hijackers and the various compartments onboard. Aided in his quest by a porter played by Morris Chestnut in an over-the-top manner that is meant to suggest comedic relief but comes off as obnoxious. There are some thrilling moments throughout the rather lively 105 minute runningtime. The first film had the direction of Andrew Davis and a charismatic villian in Jones to support the film. This time around the production is a notch below, it doesnt have the same feeling of discovery that was so much a part of the fun of Under Siege. That’s not to say that this isn’t a film without it’s merits.

The script is literate (Bogosian has a couple of great lines) and still manages to give Seagal enough oneliners to please his fanbase; after dispatching a bad guy in the galley of the train he utters “Nobody beats me in the kitchen”. Coupled with some nice stunt work and muscular direction from Brit Geoff Murphy Under Siege 2 is a worthy follow-up to the highly regarded first edition. 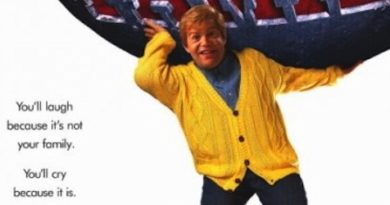