Chick Magnet is a raunchy sex comedy about a bunch of losers who can’t get, or keep girls. Phil’s wife is divorcing him, which is no surprise seeing as he has no job, no future and is kind of a dick to her. She kicks him out and he moves in with two college buddies, Chuck and Yanni. Chuck just got back from a tour in Iraq that ended with him losing a butt cheek in battle. Yanni is a little fatty. Now we know why they can’t get women, unless they’re very drunk and without their inhibitions. Then, out of the blue, a guy shows up with a shirt that makes the wearer irresistible to women (basically they’ll lose all inhibitions and do whatever sex stuff the guys want).

The only catch is it won’t work on your soul mate (how cliche) and you should stop use after thermal nuclear global war (what? I still can’t figure out why this would be a rule). The objectivism of women in this film is astounding and without consequence, although to be fair there isn’t a lot of nudity or actual intercourse here. These guys learn absolutely nothing from this, they just tire themselves out from sex and decide enough is enough. We know immediately that the shirt won’t work on Phil’s wife, as they are soul mates, not because the movie does a good job of showing that, but because it is the only possibility. And we know through cliche that one of these guys is going to try and use the shirt for good. That’s got to be Phil trying to get his wife back. Although he’s still a dick the whole time, so really he’s not using the shirt for good, but to get around simply being nice to his wife. Again Phil doesn’t learn much and when he does win back his wife (it’s not really a spoiler when you know it’s going to happen) it’s not believable that those circumstances would get her back in his arms (also love the part when he tells her he’ll explain the shirt later, my advice to Phil, if you want to keep your wife don’t tell her a thing about that sex shirt).

When you’re going to an extreme, especially with young men using women for useless and meaningless sex (and with this shirt you’re basically mind-controlling girls to have sex with you who wouldn’t want to otherwise, isn’t that some form of rape?) you should also go to the other extreme and show that they have a softer and kinder side as well (either that or go balls out with the darkest comedy you can). As I said there’s no lessons in Chick Magnet that these characters learn, they simply go through the motions. And poor Yanni who gets the cliche (there’s that word again) you’re fat and dumpy so you have to settle for the not so hot but still too hot for you chick.

The biggest accomplishment here is the listing of several big celebrity names across the top of the DVD box when they popup in the film for about ten seconds each. They got Owen Wilson, Rosario Dawson, Kristen Bell, Tracy Morgan, Kristy Swanson, John Witherspoon and Kevin Smith (guess they ran out of space for Jason Mewes). Essentially what these guys did was hit up a red carpet event and do quasi interviews and got the actresses to pretend to take off with the guy wearing the sex shirt. Pretty ingenious for a low budget flick (hey, do what you gotta do).

Ryan R. Williams’ direction is solid, except for a few off shots that give away the low budget. Jeff Venables does a fine job as Phil, who has the funniest lines in the movie. Not sure if that has anything to do with Venables co-writing the film with Williams. Josh Beren as Chuck is the only one that made me laugh out loud though, when he tells Phil to just slam the door even if it cuts off the girl’s fingers (they’re trying to escape the clutches of females that want to sex them up – the girls are alluded to as mindless zombies several times). Jeff Sloniker as Yanni did a good job playing the Jonah Hill character (he’s not fat anymore, maybe Sloniker can sneak in and grab some more roles like this now). Meili Cady as Phil’s wife Jen is believable as both a bitch and someone who turns out to be in love, but fed up with their husband’s attitude. To put the finishing touches on why this movie isn’t as good as it should have been, just watch the scene where Chuck’s army buddy, who steals the shirt in an effort to screw Phil’s wife, catches up to Jen and begins tonguing her mouth. He’s wearing the shirt so Jen is now under his sex spell, but Meili Cady, the actress, doesn’t look too into it the scene, which is the truest emotion in the entire film.

Pass on Chick Magnet, a sex comedy that’s ok on the sex and sorely lacking on the comedy. 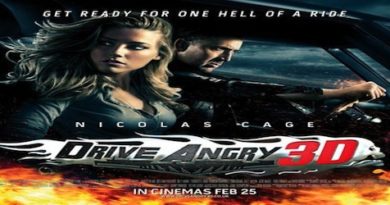