Wondering what to rent this weekend? Check out our Weekend DVD Rental Guide for October 7th – 9th, 2011. New releases reviewed include Fast Five, Scream 4, American Loser, Blitz, The Caller, A Haunting in Salem, Living Will and The Presence. Read on for a quick score and overview of each film. 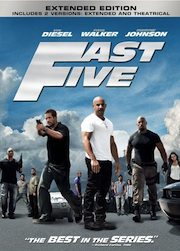 “The attractive cast and high level of technical achievement on screen make for an entertaining thrill ride that has heavy doses of humor and macho posturing thrown in at equal measures.” – Full Review 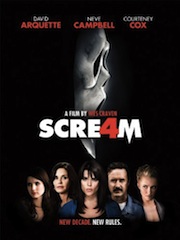 “Scream 4 has the uncanny ability to deconstruct itself while simultaneously presenting the viewer with more of the same with updated references to Facebook stalking, the Saw franchise, Channing Tatum, and of course articulate teens debating the merits of horror movies.” – Full Review 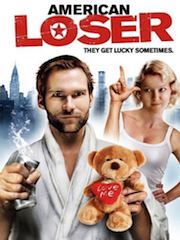 “If you’re searching for a heart warming comedy about a down and out loser making a comeback, this isn’t it. If on the other hand you want to watch a guy meander around and kind of crack some jokes on accident then saddle up, you’re in for a mediocre ride (which is good, cause that’s what you wanted).” – Full Review 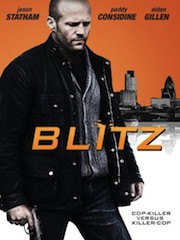 “Blitz is a quiet moody and evocative little thriller. Those expecting a Jason Statham action extravaganza along the lines of The Transporter will be disappointed to realize that after an opening bit of violence the story turns into a cat and mouse game between cop-killer and killer-cop.” – Full Review 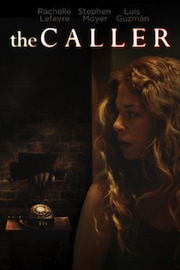 “The Caller plays like a made for television movie most comfortable on the Chiller channel. The plot is fairly intriguing, Mary, played by Rachelle Lefevre, gets a phone call from the past with a crazy lady on the other end of the line. The stakes are upped once the insane lady realizes that she can affect the future, and she wants nothing more than to be Mary’s friend (more like her bff).” – Full Review 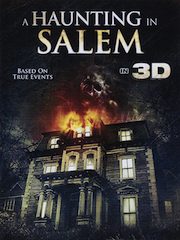 A Haunting in Salem

“With some decent makeup effects, a creepy score by Chris Ridenhour (seriously where can I buy the CD?) and lots of blood A Haunting in Salem is everything we’ve come to expect from a haunted house flick… Not too scary, with plenty of downtime during the film and a lot of easy setups for some Mystery Science Theater commentary A Haunting in Salem is an easy watch, especially with some friends.” – Full Review 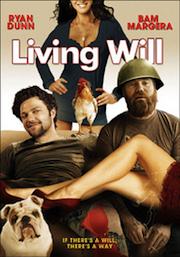 “Once you get past the strangeness of seeing Ryan Dunn playing a ghost opposite his friend that opened the movie wearing a “Don’t Drink and Drive” T-shirt, Living Will is surprisingly watchable. Don’t be led astray by the dvd cover, Bam Margera only has a cameo role that is hardly worth mentioning. His involvement is fitting though, as the Jackass crowd should connect with and enjoy the film.” – Full Review 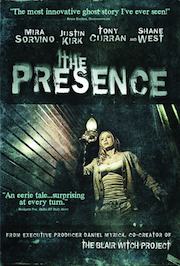 “If Academy Award winning actress Mira Sorvino makes a movie in the woods, does it make a sound? Yes, but not for about twenty minutes. The first 18 minutes of this slow and underwhelming ghost story is completely dialogue free. Honestly the entire movie could have been without dialogue as anything these characters have to say is completely monotonous and useless to the film’s endgame.” – Full Review