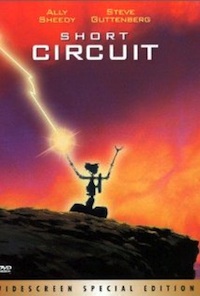 It was revealed today that Disney scribe Matt Lieberman will start penning the reboot of Short Circuit. As was previously rumored director Tim Hill (Hop) will be the guiding force behind the camera. For those 1980’s film freaks eager to see Johnny 5 back on the big screen you may be disappointed to hear the producers Bob and Harvey Weinstein are going in a more family friendly direction. The orignal Short Circuit grossed $40,697,761 back in 1986.

Bob Weinstein had this to say regarding the possible new franchise…

“
“Dimension has had great success with the ‘Spy Kids’ family series which grossed over $500 million worldwide. We are looking for ‘Short Circuit’ to be our next family franchise and are excited to be working with Matt Lieberman and Tim Hill, who has had great international success with ‘Hop’ and ‘Alvin and the Chipmunks’.”