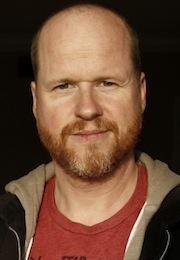 This is obviously a goof, but it’s one of the reasons I love Joss Whedon so much. Earlier he mentioned that he hoped The Dark Knight Rises does well in theaters and that fans don’t turn the rivalry between their love of the Marvel characters and the DC characters into a full out war.

There’s room for any movie as long as it’s a good one (or bad one). It’s one of the reason’s I’m also a fan of Tarantino, even though I don’t think the majority of his films are very good. Kevin Smith also comes to mind on this.

The magic is that they are all fans themselves. First and foremost, they enjoy the art of storytelling not just in doing, but in consuming. If you haven’t seen the trailer to Sleepwalk With Me check it out below Whedon’s video.