John Carpenter must hold the record for having more of his work rebooted than any other filmmaker in the history of cinema. That isn’t a compliment, either and The Fog is (another) woefully inept remake that loses viewers interest early on and never regains it. This is an utterly confused project on every aspect from the visual to narrative storytelling. The central mistake is that producers have consistently picked the wrong properties to retro fit.

It’s as if once Pirates of The Caribbean raked in untold millions, then this bottom drawer remake was given the green light by the studio. It is very obvious that the story angle involving ghost pirates who travel through fog was an attractive sales point to producers looking to cash in on the recently reignited pirate craze. So instead of building on the ominous original we are given a CW level horror film with mid-level production values and attractive stars with zero chemistry.

Nick Castle (Welling), patrols the ocean for deep sea fishing spots with his first mate and best friend, Spooner. When Nick’s former girlfriend comes back to town she brings with her a secret that even she isn’t aware of initially. Suddenly the residents of this seaside town in Oregon are overwhelmed by a fog bank that is carrying ashore ghosts from a century old shipwreck to wreak revenge on the town’s descendants.

Tom Welling is arguably the least convincing fisherman ever, never-the-less that’s exactly what he is here. I’m a die-hard fan of Welling’s Smallville, he is arguably the best to ever play Superman. He’s a talented actor in a well-written show, that provides him with a great role. However, it is apparent early on that he isn’t capable for commanding an audience for two hours as a feature leading man, while seemingly larger than life on television, here he is lost in a silly film that has flucating rules and thus little reason for existing. At time The fog is able to posses people at times, blow out car windows, cause knives to hurl themselves across rooms, and an assortment of other ridiculous feats.

I’m not sure if the filmmakers assumes that audiences had seen the original (not many have) or if they were just that lazy at the script stage, but the film awkwardly attempts to incorporate pirate mythology within standard horror film conventions. Leading to scenes that unfold with no connection to the previous and end just as jarringly. The Fog is an utter waste of financial resources and electricity. 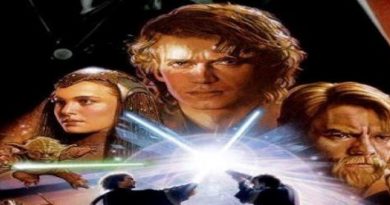