Over the last decade The Asylum has become synonymous with low budget Hollywood rip-offs, which they playfully call mockbusters. These films are exact copies of their Hollywood counterparts, in fact many times The Asylum movies have nothing in common with their bigger budget brethren other than name. For those tricked by this ruse they often feel ripped-off, and to be fair their expectations are set for hundred million dollar budgets. This list is the top 5 mockbusters from The Asylum that surprise and prove that these guys aren’t out to just fool people into buying their products, they want to entertain as well. 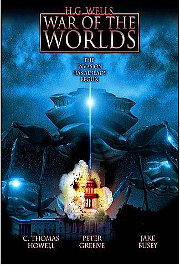 Back in the mid 2000s Asylum teamed up with actor C. Thomas Howell and sparked a strange relationship in which Howell would go on to direct the sequel to this mockbuster and two others, The Day the Earth Stopped and The Land that Time Forgot. Directed by The Asylum producer and partner David Micheal Latt, this was the mockbuster that started it all. Coming on the heels of the Steven Spielberg and Tom Cruise War of the Worlds it was a surprisingly good adaptation and while the big budget effects of the Hollywood version are missing, it mostly hits the same marks. The story tells of a man named George Herbert who is separated from his wife and child when a Martian invasion begins. He tries to make his way to Washington, D.C. to reunite with them as the world is torn apart. But civilization is laid to ruin when a race of super aliens ultimately invades Earth! 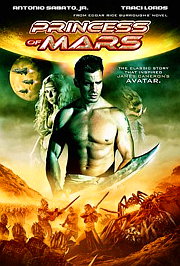 Directed by Mark Atkins, a prolific Asylum director, editor and cinematographer, Princess of Mars mockbusts the huge Hollywood bomb John Carter. Interesting to note is the three year gap between the video release of Princess and the theatrical release of Carter, something that’s rare for The Asylum as they typically line up their release for the same week as the Hollywood release. Due to Carter‘s tumultuous stop and go production, The Asylum jumped the gun as Disney pushed back their release date time and time again in fear of their ever bloating budget. So instead The Asylum tried to pull off a little switch-a-roo and compared the film to Avatar. Regardless, being based on established previous works, just as with War of the Worlds, Asylum had another decent adaptation on their hands. U.S. soldier John Carter gets transported to Mars, where be becomes caught between two factions of warring aliens in this adaptation of Edgar Rice Burroughs’ classic sci-fi novel starring Antonio Sabato Jr. and Traci Lords. 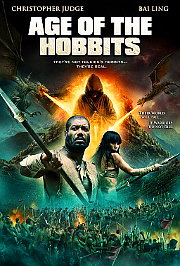 Age of the Hobbits Review

It’s clear which movie Age of the Hobbits is mockbusting, and it was even more clear to Warner Bros who, following in the footsteps of many other studios, sued The Asylum over the trademark infringement of the word Hobbit from their film The Hobbit. This forced The Asylum to retitled their film to Clash of the Empires, you may also see it as Lord of the Elves. This is special effects guru Joseph J Lawson’s second time directing a feature film, and probably the best CGI for the company to-date. In an age long ago, the last village of clever, peace-loving Hobbits is attacked and enslaved by the Java Men, komodo-worshiping, dragon-riding cannibals. Now the young Hobbit Goben, along with his father and sister, must seek help from the “giants” (human hunters) to find the Javas’ lair and rescue the last surviving Hobbits, Goben’s mother among them. In their quest to destroy the Javas, the heroic partnership of humans and Hobbits will transform both species forever. 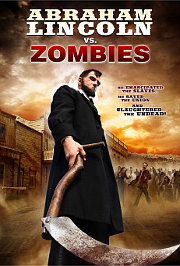 One thing The Asylum has done well in the past is zombies (Zombie Apocalypse). So it’s no wonder that they decided to switch out vampires for zombies in their mockbuster of Abraham Lincoln: Vampire Hunter. Cleverly weaving in the Gettysburg Address and aided greatly by Bill Oberst Jr’s portrayal of the sixteenth president, Lincoln vs. Zombies garnered some of the best praise from critics for an Asylum film ever. As Abraham Lincoln labors over the Gettysburg address, the importance of which he is fully aware, he learns that a menace from his past has returned, threatening to tear the already fractured nation to pieces. He must journey behind enemy lines to face a foe far more fearsome than the Confederate army: the walking dead. 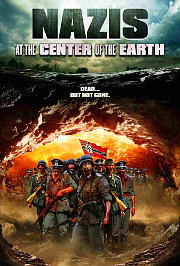 Nazis at the Center of the Earth Review

This is fun schlock b-movie movie-making at its best. Nazis at the Center of the Earth is kind of a cheat for this top 5 list, mainly because the title it’s mockbusting is Iron Sky, which is a Nazis on the moon flick. Iron Sky isn’t a mainstream Hollywood film though, which leaves Nazis to stand largely on its own. Working from a script by Asylum partner Paul Bales, director Joseph J Lawson pulls out all his special effects expertise bringing us zombie-Nazis and a Hitler reincarnated as a giant killer robot. Researchers in Antarctica are abducted by a team of masked storm troopers. They are dragged deep underground to a hidden continent in the center of the earth. Here Nazi survivors, their bodies a horrifying patchwork of decaying and regenerated flesh, are planning for the revival of the Third Reich.

Get These Asylum Mockbuster Movies On Amazon