This is my list of the top five best action movies that take place during the Christmas season. The Holiday season is typically a period that lends itself to romantic comedies or heartwarming dramas, not violent shoot ’em up pictures. There is not an abundance of Christmas-timed action films, but listed below are the top five best. 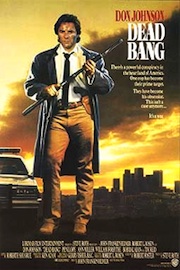 A police officer is shot down on Christmas Eve when he stumbles upon a robbery-homicide at a convenience store. A down-on-his-luck L.A. County Sheriff’s Dept. homicide detective, Jerry Beck (Johnson), is assigned to the case. As with every case, he takes this one very emotionally, because “the job” is the last thing left in his life, and vows to get the perpetrator no matter what. The slain officer’s widow further complicates the issue when she entices Beck into a one-night stand, in the hope that Beck will not only find but kill her husband’s murderer. During the investigation Beck learns that the murder of a policeman was just the tip of the iceberg, as he finds the roots of the suspect are in a White Supremacist, Neo-Nazi group. 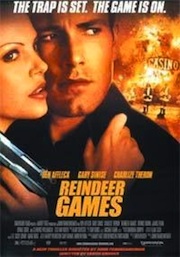 A burglar looking to make time with a beautiful woman after five years in prison falls into a dangerous trap in this action drama. Rudy (Ben Affleck) is serving time in prison for auto theft, where he becomes friendly with his cellmate Nick (James Frain). Nick has been enjoying a spicy courtship by mail with a woman named Ashley (Charlize Theron), who has sent him several enticing photos, even though he has been unable to send her any of himself. Rudy and Nick are to be released the same day, but Nick is killed in an altercation with only three days left to serve. Rudy is let out on schedule, and discovers Ashley, unaware that Nick is dead, is waiting for him. Swayed by her beauty, Rudy claims to be Nick, which turn out to be fun until Rudy meets Ashley’s brother Gabriel (Gary Sinise). Gabriel runs with a group of outlaws planning on using Nick’s knowledge of an Indian gambling casino in Michigan where he once worked in order to stage a massive robbery on Christmas Eve. Rudy soon realizes if keeps on being Nick, he gets to stay with Ashley, but he’ll also have to go along with Gabriel’s robbery, which could easily land him back in prison — or get him killed. Clarence Williams III, Danny Trejo and Donal Logue play Gabriel’s henchmen; Dennis Farina, Isaac Hayes, and Ashton Kutcher also highlight the supporting cast. 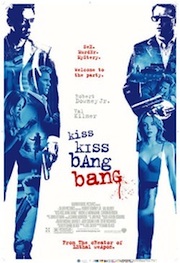 A thesp-turned-crook gets a chance at career in movies as well as crime scene investigation in this offbeat action comedy with nods to Raymond Chandler. Harry Lockhart (Robert Downey Jr.) is a struggling New York actor who high-tails it to Los Angeles. Once there, Lockhart winds up at the posh home of the aptly named homosexual private eye Gay Perry (Val Kilmer) amid a lavish Hollywood party, hoping to score a life-changing role in a Hollywood feature. Harry becomes reacquainted with Harmony (Michelle Monaghan), a girl he had a major crush on in his small-town Indiana high school, who may be a bit more interested in him now than she was years ago. He takes both her and her girlfriend home with him, but — in a moment of drunken stupor — accidentally sleeps with the wrong woman. Meanwhile, when a series of female bodies turns up across L.A., Harry slowly breaks into detective work, mentored by Perry. The biggest twist? Shane Black riffs Adaptation and other films by having Harry (via satirical narration) write the movie while he is living it. Harry assures the audience that unlike Lord of the Rings, this one won’t have 17 endings. Kiss Kiss, Bang Bang marks the first directorial credit for Black, who created the Lethal Weapon franchise. 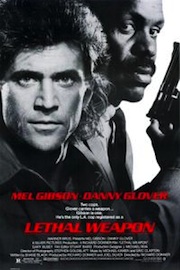 L.A. cop Martin Riggs (Mel Gibson), whose wife has recently died, is a loose cannon with a seeming death wish. This makes him indispensable in collaring dangerous criminals, but a liability to any potential partners. Roger Murtaugh (Danny Glover), a conservative family man who wants to stay alive for his upcoming 50th birthday, is partnered with Riggs. As Riggs gets to know Murtaugh and his family, he begins to mellow, though his insistence on using guerilla tactics to catch criminals is still (put mildly) above and beyond the call of duty. The main villain is The General (Mitchell Ryan), a drug dealer responsible for the death of the daughter of one of Murtaugh’s oldest friends. The General is also in charge of a deadly, militia-like gang of smugglers. Adding fuel to the fire is The General’s chief henchman, played with all stops out by Gary Busey. 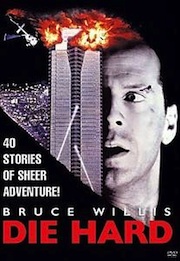 It’s Christmas time in L.A., and there’s an employee party in progress on the 30th floor of the Nakatomi Corporation building. The revelry comes to a violent end when the partygoers are taken hostage by a group of terrorists headed by Hans Gruber (Alan Rickman), who plan to steal the 600 million dollars locked in Nakatomi’s high-tech safe. In truth, Gruber and his henchmen are only pretending to be politically motivated to throw the authorities off track; also in truth, Gruber has no intention of allowing anyone to get out of the building alive. Meanwhile, New York cop John McClane (Bruce Willis) has come to L.A. to visit his estranged wife, Holly (Bonnie Bedelia), who happens to be one of the hostages. Disregarding the orders of the authorities surrounding the building, McClane, who fears nothing (except heights), takes on the villains, armed with one handgun and plenty of chutzpah. Until Die Hard came along, Bruce Willis was merely that wisecracking guy on Moonlighting. After the film’s profits started rolling in, Willis found himself one of the highest-paid and most sought-after leading men in Hollywood.


If you should choose to buy these Christmas-Timed Action movies, try Amazon:

John McClane Jr in ‘Die Hard 5’ Will be Jai Courtney