Anthony Michael Hall’s bid to become an action hero circa 1986 is clearly the concept behind Out of Bounds, a inept thriller that contains not a single thrill or moment of originality. This is one of the dumbest pictures from a decade known for bad movies. There have to be at least a dozen instances where the hero could solve all his problems by making logical decisions, but instead he continues to defy reasoning and believability while quickly developing an increasing set of street smarts.

Darryl Cage is an Iowa farm boy (Hall) who comes to L.A. to stay for the summer with his brother. There is a mix-up at the airport that results in Darryl grabbing the wrong duffel bag and now he finds himself holding a million dollars worth of heroin. Cage wakes the following morning and discovers his brother has been brutally slain by drug dealers looking for their stash. Setting the small-town kid on the run for his life away from pursuing cops and vengeful drug peddler determined to kill him.

Out of his environment, broke and friendless Darryl turns to a waitress/actress he met on the plane 24hrs. earlier. The pair spend the rest of the film narrowly escaping shootouts and car-chases while immersing themselves amongst the street-punks and scum of Sunset Blvd. Despite the nearly non-stop action the clichéd strewn flick runs out of steam very early on resulting in a laborious 93 minute running-time. Anthony Michael Hall who had been such an asset in every film he appeared up to this point, is sorely miscast as the innocent by-standard turned bad-ass. He not only hampers the movie based on an inability to shake the teenage-nerd image from earlier roles, but his monosyllabic brooding James Dean impression is transparent and often embarrassing to watch. Only Jeff Kober, as the reckless and single-minded drug dealer, shows any depth. In fact Kober is the only redeeming element in the entire movie. Out of Bounds is an utterly forgettable piece of 1980s kitsch. 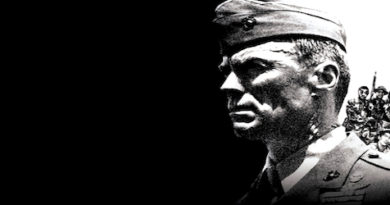 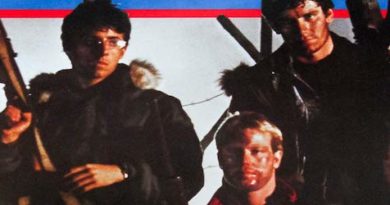